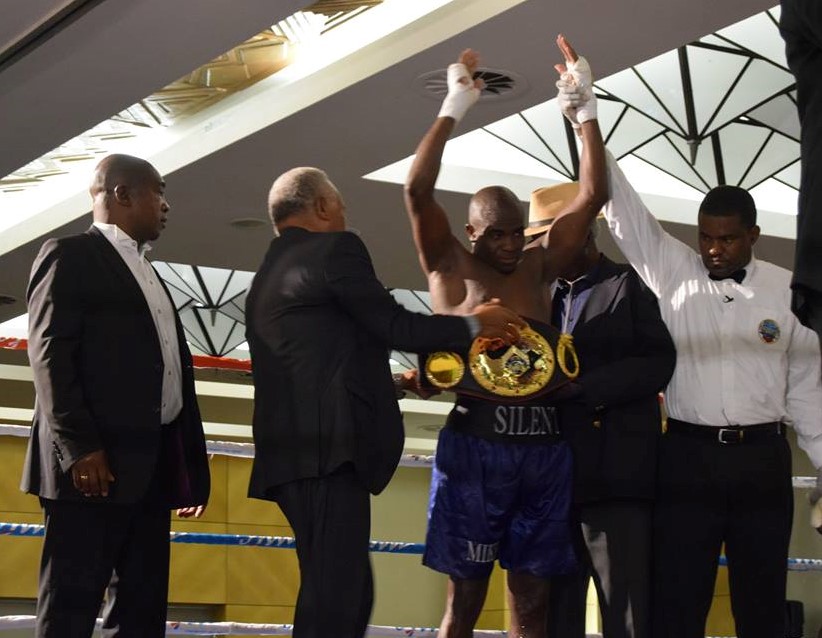 Hot of the heels of a world class event recently staged at the Windhoek Country Club between two WBO top rated boxers, the MTC Nestor Sunshine Promotions will do it again, by presenting another world class bout titled “The Battle: Namibia vs China.

The undefeated Mike Shonena who is the reigning WBO Africa Welterweight champion, and rated at 5 in the WBO word ratings will take on the biggest fight of his career to date when he faces Youli Dong from China. Dong is the currently rated at 15 by the WBO and is the following current WBO Asia Pacific Youth Welterweight champion.

Both the WBO Africa and WBO Asia Pacific Youth titles will be on the line, and the magnificence of the fight is that two WBO top 15 rated boxers will once again meet on Namibian soil.

This world class fight is scheduled for the 24th of August 2019 at the Ongwediva Trade Fair as part of the OATF 2019 Fair. The fight will be broadcast live in Namibia and China and all eyes in the Welterweight division will be on this clash as fellow world rated boxers historically never or rarely fight each other.

“This is going to be another spectacular event. After xx years in boxing, the MTC Nestor Sunshine Promotions has come off age, and we are well positioned to promote the biggest fights in the world in the interest of our fans. Making fights against fellow world rated boxers and especially convincing them to come to Namibia is not easy and very costly, but we do this to make meaningful and quality fights that will push our boxers and prepare them for even bigger fights. We therefore want to invite the entire Namibia to come and support this event and come and celebrate the best of Namibian boxing at the Annual Ongwediva Trade Fair,” said Nestor.

Speaking at the launch of the fight, Mike Shonena expressed his excitement about this big opportunity. “I know that Dong will be a very tough opponent, he is strong and world rated, but I have home ground advantage, have an undefeated record and I promise to give the fans my best performance to remain undefeated” said Shonena

Youli Dong in a short statement expressed his optimism about winning the fight. “I am coming to Namibia to win. I know I will be fighting away from home but I know that my Chinese brothers and sisters will come out in their numbers to come and support me. I am super prepared for this fight and look forward to come and defend and grab an extra title for me,” said Dong