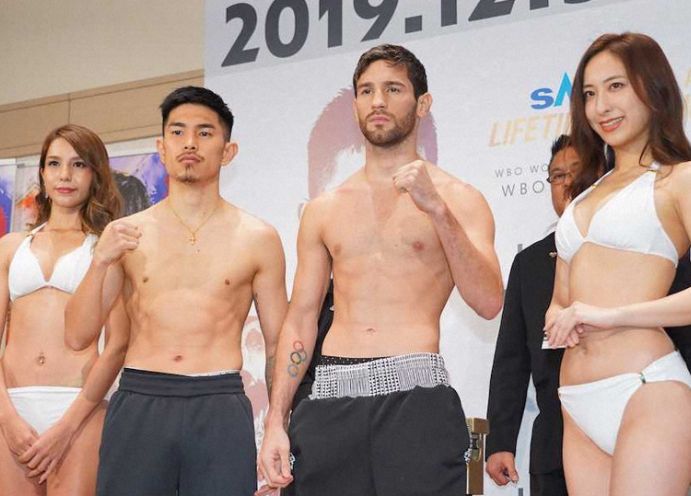 The weigh-in ceremony of the year-end world title tripleheader took place today (Monday) at Shingawa Prince Hotel, where the results were as follows: The officials thereof were announced by the JBC (Japan Boxing Commission), as follows:

This show is presented by Watanabe Promotions in association with Hatanaka Promotions. The main event of the Ioka-Cintron bout will be shown nationwide through TBS Television at 6:00 PM on Tuesday (New Year’s Eve) here in Japan.