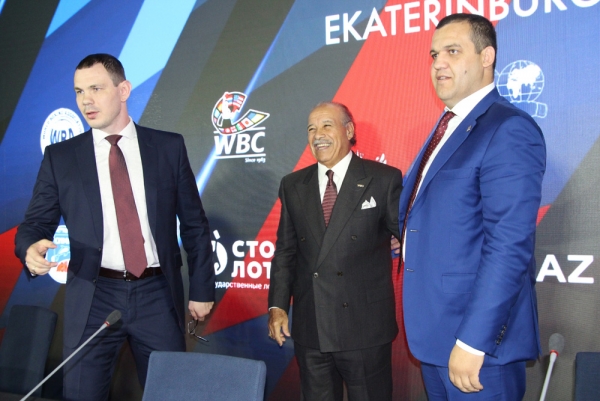 Boxing Federation of Russia (RBF) secretary general Umar Kremlev has claimed the second edition of the World Boxing Forum in Yekaterinburg will provide impetus for resolving the crisis in the sport at Olympic level.

The International Olympic Committee (IOC) decided to suspend the International Boxing Association (AIBA) last month after a report from its Inquiry Committee said the situation at the embattled governing body “is such that its practices and activities continue to fall short of full conformity and compliance with the Olympic Charter and the IOC Code of Ethics”.

The IOC warned that this “presents serious legal, financial and reputational risks to the IOC and the Olympic Movement”.

An IOC taskforce has been set up, chaired by Japan’s International Gymnastics Federation President Morinari Watanabe, to ensure the delivery of a boxing competition at Tokyo 2020.

The group will also be tasked with organising the qualification system.

Speaking prior to the World Boxing Forum, which is scheduled to take place from today through to Sunday (June 16) and will be attended by representatives of the IOC, AIBA Executive Committee member Kremlev said that Olympic boxing is “suffering a lot” but that the unity the RBF is striving to achieve at the event will “help us to move forward”.

“Our task is to make sure that the entire boxing community is united,” he said.

“As for the situation in Olympic boxing, it is now more important than ever to unite and make serious decisions.

“I believe that it is the boxing community that should decide the future of Olympic boxing.

“The Forum will have a lasting purpose, we will take decisions and make proposals.

“Regarding the recommendation of the IOC Executive Board to deny AIBA’s recognition, which was presented at the meeting in Lausanne, Switzerland, I think this is an issue which we can solve together.

“But first, it is necessary to make reforms, to change the structure of the organisation completely before closing the debts.”

Kremlev also insisted the 2019 AIBA Men’s and Women’s World Championships, both of which are due to be hosted by Russia, can remain qualification events for Tokyo 2020.

The men’s event is due to take place in Yekaterinburg from September 7 to 21 while the women’s is scheduled for Ulan-Ude from October 3 to 13.

Kremlev’s claim comes despite the fact qualifying events are set to run between January and May next year.

“We will conduct such work so that the World Championships are qualifying for the Olympic Games,” he was reported as saying by Russia’s official state news agencyTASS.

“This is very important.”

Last month, Kremlev called for the entire leadership at AIBA to be replaced and backtracked on his intention to run for President in a series of proposals he claims will help preserve the future of the organisation.

Kremlev, whose influence appeared to be growing within AIBA until it was suspended by the IOC, revealed he would create a “special fund” to help wipe AIBA’s debt.

He had originally proposed to personally clear AIBA’s arrears, which stand at around CHF17 million (£13 million/$17 million/€15 million).

The lack of due diligence carried out by AIBA on the offer, welcomed by its executive director Tom Virgets but which has not yet been officially ruled on by the Executive Committee, was among several severe concerns outlined by the IOC Inquiry Committee in its report.

Kremlev revealed the offer “still remained in force”, despite the issues raised by the IOC, which questioned its source and also said the proposal, coupled with his intention to run for President, constituted a “major conflict of interest”.

He stated that “people, individuals and legal entities who are not indifferent to boxing will attract funds, including me” and will put money into the fund to eliminate the debt.

The Russian also promised he would seek the involvement of an auditing firm to “report on where the money came from and how each debt was repaid”.

The Forum is to bring together heads and representatives of all major world organizations & leading promotional companies to reach a strategic agreement on the development of boxing. pic.twitter.com/fb4UMzYnMl

Kremlev revealed members of the AIBA Executive Committee would meet in Belarus’ capital Minsk this month to discuss reform of the organisation.

They will gather during the European Games in the city which will run from June 21 to 30.

“At the end of the month, we are planning to hold a meeting with the AIBA Executive Committee members, where we will set up a commission to deal with the concerns and cooperation with the IOC,” Kremlev said.

“Since the current management was unable to solve the issue, we, as members of the AIBA Executive Committee, will take responsibility, unite and solve the problem.

“There are no concerns about debts, everything is possible to achieve, but at the same time, it is necessary to do everything correctly and transparently.

“So that there is no doubt where the money came from.

“It will come from the boxing community, there are a lot of people who want to pay off the debts.

“But it will happen only after we achieve all the goals inside AIBA.”

Kremlev thinks that after the changes and closing of debts, it will be possible to reinstate the status of AIBA because there will be “no reason not to do so”.

“The IOC and the members of the AIBA Executive Committee have the same task – to solve the existing problems,” he added.

“The mistakes were not made by us, and there is only one question – why those who did it, who brought AIBA to such debts, are not held responsible?

“We have to ask them where the money went.

“We don’t have to think about the past, we have to look to the future.”

Representing the WBO is President Francisco Valcárcel, who stated he would like to use the Forum to discuss the unification of rules for all international boxing organisations, bringing the Olympic and professional sides of the sport together under a single body.

“This will help to ensure safety for all participants,” he said.

“We have to find a compromise, it is important for us – this issue is the most critical.

“We have different weight classes and different titles, that is why professionals, for example, cannot compete at the World Championships and Olympic Games.

“Our task is to unite boxing so that it becomes a single body, not only Olympic or professional.

“We want the Olympics to be enriched by boxing as well.”

The World Boxing Forum, which will be attended by the likes of legendary American boxer Roy Jones Jr, will see participants plan to reach strategic agreements on the development of boxing.

In particular, they will discuss the protection of boxers’ health, differences in the rules of international sanctioning bodies, gender equality, the creation of a business platform for promoters and many other strategic issues regarding the development of world boxing.

Russian boxer Egor Mekhontsev, head of the Boxing Federation of the Sverdlovsk region, believes the event brings Russian boxing to a new level of popularity.

“I see how many people are here, how much attention [is being paid] to the Forum – I am very glad that [there is] so much attention to my sport, to which I gave 20 years of my life,” he was reported as saying by TASS.

The inaugural World Boxing Forum was held in Sochi in 2018. 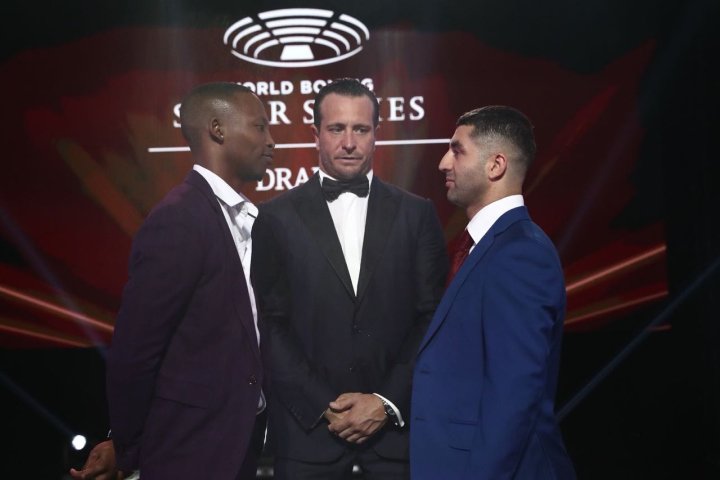