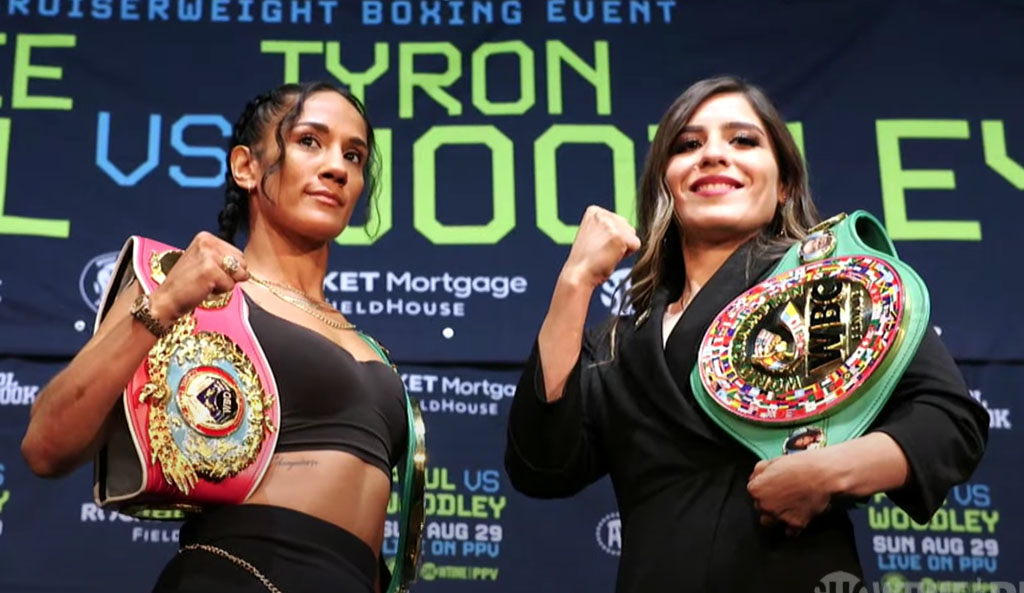 Puerto Rico’s Amanda Serrano will defend her 126-pound world titles on Sunday, August 29, at the Rocket Mortgage FieldHouse, located in the city of Cleveland.

Her fight will be part of a Showtime pay-per-view card, which features a cruiserweight main event with social media star Jake Paul colliding with former UFC champion Tyron Woodley.

In the month of March, Serrano put away Daniela Bermudez by knockout. She then came back in the month of June, in mixed martial arts, to defeat Valentina Garcia by submission in just 60 seconds.

“I’m happy with these blessings that God has given me,” said Serrano. “I want to thank Yamileth Mercado for accepting the fight since her compatriot Erika Cruz (WBA 126-pound champion) didn’t dare. Anyway, I’m sure Yamileth and I can steal the show on August 29 with this great war between Mexico and Puerto Rico.

“Yamileth and I have a common opponent and that is Fatuma Zarika. We have both faced her twice and all of the fights were strong. I was able to beat equipoise apilado con otros esteroides her both times and then she was crowned world champion – until Yamileth won the title from her in a rematch.”