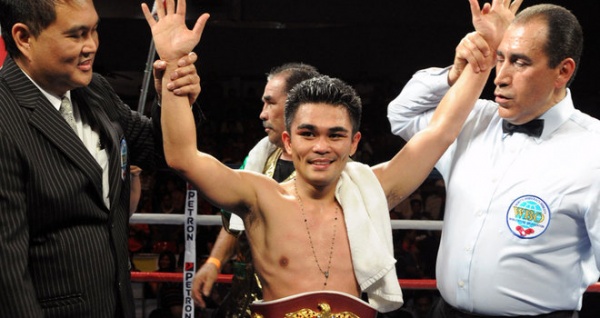 Chief trainer Freddie Roach, saying sparring sessions has ended in the Team Viloria’s training camp at the Wild Card Gym a little over a week ago, had cancelled skirmishes with sparring mates starting Monday and ordered his training staff to concentrate on maintaining what had been accomplished from the more than two months of preparations in Los Angeles.

Somodio has been overseeing the 32-year-old “Hawaiian Punch’s” preparation since the Wild Card camp opened shop middle of January and, along with Gomez, will be at the champ’s corner comes fight night.

Viloria himself pronounced his readiness to do battle as early as last Maundy Thursday ending the camp’s first week in the Asian sin city, saying, “I’m ready and very excited to fight here in Macau.”

“I’m honored to be part of this first big professional fight to be held here,” Viloria mused. “I hope many of our Kababayans will watch me fight here. Some may say it’ll be added pressure thinking many of your countrymen will be watching, but for me it’s more of an added motivation.”

“I promise not to disappoint them. I’m not used to predicting results of my fights, but be assured to do everything so I can make my country and the Filipinos proud of me.”

Somodio said there will be no changes in Viloria’s arsenal, which he said will be what the Vigan, Ilocos Sur’s pride fashioned out in unifying the WBO/WBA 112-pound division.

“Brian already knows Estrada by the palm of his hands and we foresee no problems,“ he predicted. “Brian is a brainy fighter and more experienced than Estrada. He is capable of bringing back what his rival will give him.”

To which the boxer agreed by saying, “Yeah, no major changes. If it ain’t broke, why fix it. I’ve been training hard and preparing myself to the fullest. What I can only say is, expect another all-out war.”

“All I need now is to keep my poise, stay focus and approach this fight the best way I can. Be prepared and stay determined and everything will follow.”