MIKEY GARCIA WILL GET HIS WBO FEATHERWEIGHT BELT IN PUERTO RICO ON MONDAY, MARCH 11 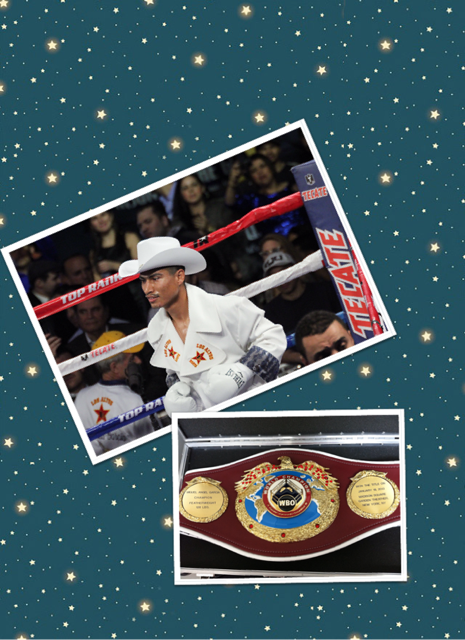 SAN JUAN, PUERTO RICO- World Boxing Organization (WBO) featherweight champion Miguel Angel “Mikey” Garcia will get his belt next Monday, March 11, in an event to be held in Puerto Rico.

“We are going to have Mikey Garcia in Puerto Rico next Monday to give him the new WBO belt that he won against Orlando Salido on January 19 in New York. Mikey is one of the best young champions actually and we are proud to have him as our champion”, WBO President, Francisco “Paco” Valcarcel said. “We will have also in the activity, the Top Rank Vice-President, Carl Moretti”.

Garcia, who beat Orlando Salido by technical decision on January 19 to become champion, will get his belt on Monday, March 11, at the Zipperle Restaurant, in Hato Rey, San Juan, Puerto Rico, at 11:30 a.m.