WBO ANNOUNCES REFEREES AND JUDGES FOR MARTINEZ VS MAGDALENO AND VILORIA VS ESTRADA, IN MACAO 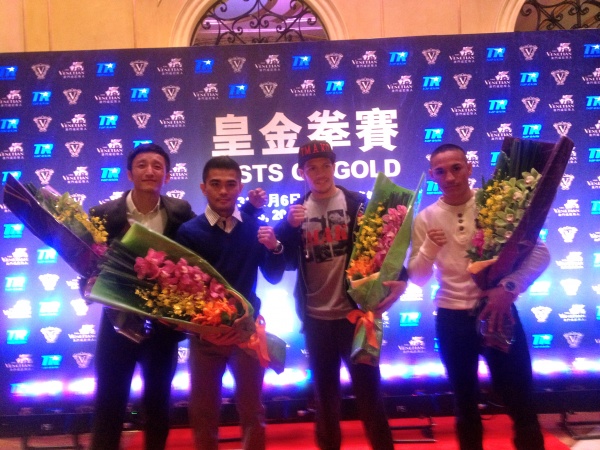 SAN JUAN, PUERTO RICO- World Boxing Organization (WBO), by president Francisco “Paco” Valcarcel, announced today the referees and judges who will work this Saturday, April 6, in the world title fights between Roman “Rocky” Martinez vs. Diego Magdaleno and Brian Viloria vs. Juan Francisco Estrada to be held at the Venetian Casino & Resort in Macao, China, in a Top Rank presentation.

For the WBO junior lightweight title bout between Martinez (26-1-2, 16 KOs), who is going to make his second title defense against Magdaleno (23-0, 9 KOs), the WBO 130 pounds first ranked, the referee will be Raul Caiz Jr.

The judges for the Martinez-Magdaleno bout will be Levi Martinez, Michael Pernick and Robert Hoyle. The WBO supervisor for this fight will be Luis Perez, the Chairman of the WBO Ratings Committee.

Meanwhile, for the fight between the WBO flyweight champion Viloria (32-3, 19 KOs), who is going to make his fourth title defense against the WBO 112 pounds first ranked Estrada (22-2, 18 KOs), the referee will be Genaro “Gino” Rodriguez.

The judges for the bout between Viloria and Estrada are Michael Pernick, Robert Hoyle and Raul Caiz Jr. The WBO supervisor for this fight will President Paco Valcarcel.