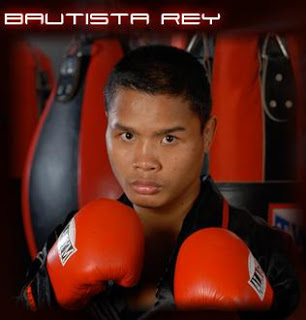 WORLD Boxing Organization (WBO) international featherweight champion Rey “Boom Boom” Bautista will defend his title against Mexican Jose Ramirez in the 19th edition of Pinoy Pride: ‘the Mexican invasion’ on April 20 at the University of Southeastern Philippines gym in Davao City.
Bautista, who holds 34-2 win-loss slate with 25 knockouts, won the title last October via split decision against Daniel Ruiz of Mexico at the Mall of Asia Arena in Pasay City.  Ramirez (24-3 with 15 KOs) is expected to come out strong in his first fight outside the US.

In other fight, Rocky Fuentes (34-6-2 with 20 KOs) of Cebu City faces Juan Kantun of Yucatan, Mexico in a ten-round non-title contest.