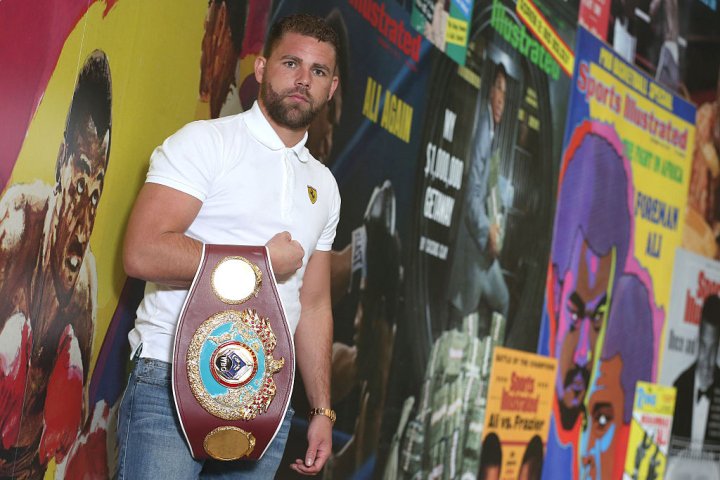 By Declan Taylor, courtesy of The Daily Star

BILLY JOE SAUNDERS used to get chased round Sheffield by the police during his days as a tearaway amateur.

Now he says he is living a prison lifestyle in the Steel City after relocating there on a permanent basis a decade later.

Saunders, who will make the second defence of his WBO world middleweight title against American Willie Monroe Jr at London’s Copper Box Arena in September, called Sheffield his home when he was part of Team GB. His glittering time as an amateur saw him box at the 2008 Olympics in Beijing.

And now he is back up in Yorkshire training under Dominic Ingle at the famous Wincobank gym which has produced the likes of ‘Prince’ Naseem Hamed and Kell Brook.

But he is no longer treading the thin blue line even though Ingle is keeping him under lock and key.

He said: “It’s weird because sometimes I have a walk round the places where I used to get police chases.

“I just think, ‘Wow’ because nothing has changed except there are less police chasing me and that’s because I’m a bit fat.

“But the set-up is good in Sheffield, I live in the attic of Kid Galahad’s house.

“I just needed to be away from home really, there was too much horse racing, dog coursing, women, cakes and food – it was like Christmas every day.

“Now I’m locked away where it all started for me as part of the GB Olympic team for Beijing.

“You have to live like a monk who has nothing and put the work in. For me, that time is now.”