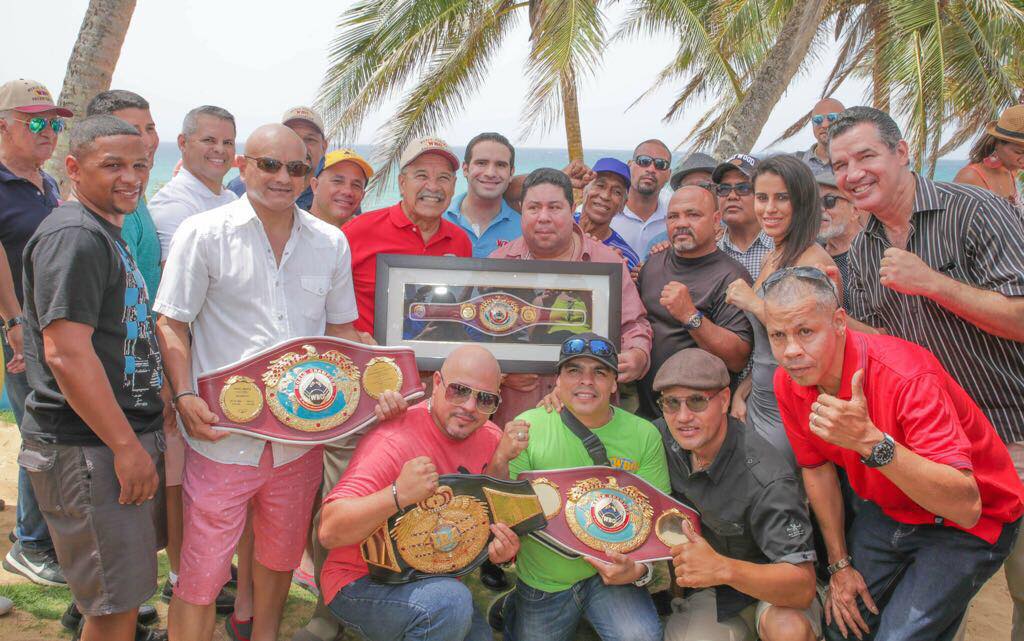 “Had the WBO existed in the Gómez era, he would have been our champion. But we still celebrate him because of his legacy in the ring and his great humility as a person. This belt that we preset to him today names him a WBO ‘Honorific Champion of Champions’, yet it is only a small sample of the affection and admiration that we have for him,” said WBO president Francisco ‘Paco’ Valcárcel.

An excited Gomez said that “I thank with the WBO and Paco for their support and recognition on this day. Thank you very much. I am very happy with everyone who is here.”

Gómez won the gold medal in the first amateur world championships, held in Havana in 1974. He then jumped to the professional ranks and won world titles at 122, 126 and 130 pounds. He retired with a professional record of 44-3-1 with 42 wins by knockout, and is considered one of the best fighters of all time.