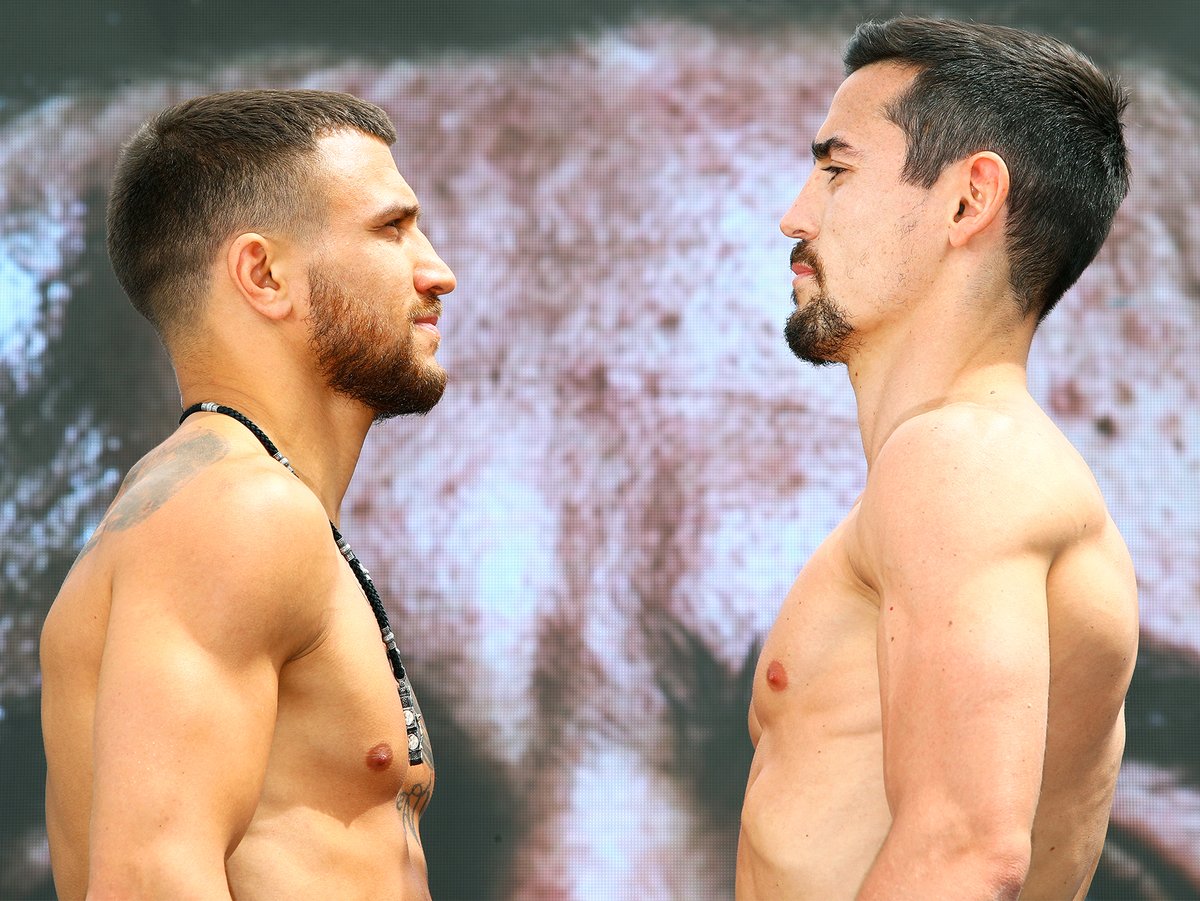 The fighter known as “Million Dollar” officially got that opportunity Thursday after he and Vasiliy Lomachenko made weight for their WBO/WBA lightweight title fight at Staples Center on Friday.

Crolla, an 18-1 underdog, came in at 134.8 pounds. Lomachenko, who’s regarded by many as the best pound-for-pound fighter, stepped on the scale at a chiseled 134.4 pounds.

“It would mean the absolute world to me,” Crolla said if he’s able to complete the upset. “It would be one of the biggest upsets in British boxing history. It would change my life, it would change my family’s life, and I go down in history.”

Crolla, 32, is on a three-fight winning streak since dropping two straight to Jorge Linares.

Lomachenko, 31, recorded a technical knockout over Linares last year to capture his first of two lightweight titles. He added the second belt after a unanimous decision against Jose Pedraza in December.