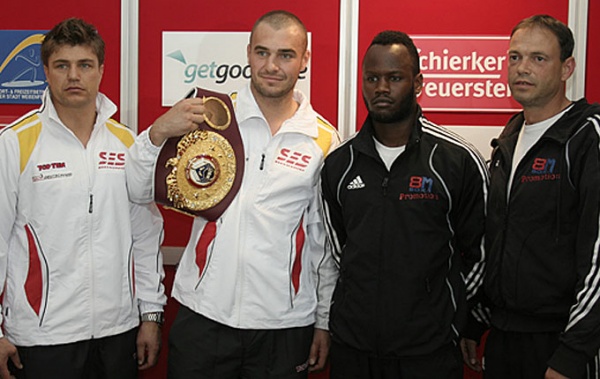 Dominic Boesel: “It’s a huge thing to be able to box in this area. The atmosphere will be crazy. I’m very proud of my title and I won’t give it away. I respect my opponent. Chris as a good boxer, but I don’t need to talk much. I feel very sure.”

Chris Mafuta: “I take the fight very seriously. Dominic will be surprised how fit I will be.”

Promoter Ulf Steinforth: We want Team Germany to show that there is enough young talent in this country. These are fresh faces and a new form in professional boxing. The team exists of young sportsmen who we’ll give the foundation to be able to successful in the sport.“