Garcia Says Juanma Can Get a War if He Wants One 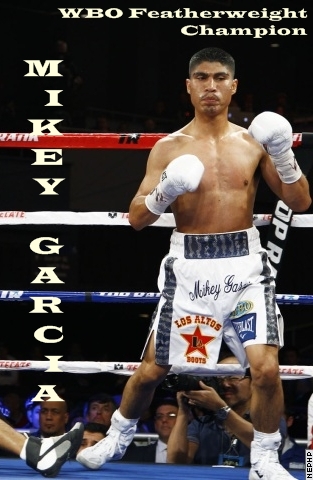 Garcia told BoxingScene.com/Manila Standard – “I cant promise you it will be a war because Mikey doesn’t fight wars. He fights a smart, technical fight. But if he (Juanma) wants a war we’ll be ready like we were ready for (Orlando) Salido” from whom Garcia won the title.

The trainer said – “if it turns out into a war we’ll be ready fore what Juanma brings but I think it will be a very technical fight by Mikey.” Garcia told us he expects Juanma to try and push Mikey around but indicated they are prepared for that just like they were prepared for a similar strategy by Salido.

Garcia pointed out that Mikey “fought very smart and controlled the fight and it was very easy. We are prepared to do the same against Juanma.”

However, Garcia conceded that Juanma Lopez “is a left hander with tremendopus power so we have to be careful and fight smart, but we expect Mikey to win.”

He said Mikey has been doing “really good work in sparring with two main guys and three others.” One of his sparring partners is from Argentina while the other is 2012 US Olympian Joseph Diaz Jr. who was the US National featherweight champion at the US Olympic training center in Colorado. 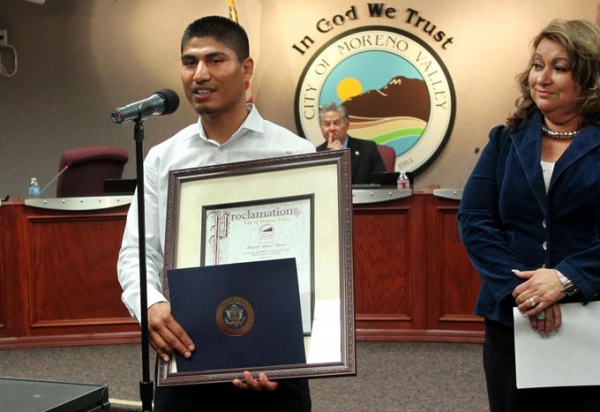 WBO world featherweight champion Mikey Garcia receives a Proclamation and a Certificate of Congressional Recognition from Council member Victoria Baca (R) from the City of Moreno,California for his achievement of becoming the new WBO World Featherweight champion.

Rumor has it that Mikey could return on June 22 on a big Julio Cesar Chavez Jr. card at a site to be named in Texas, possibly against Orlando Cruz.