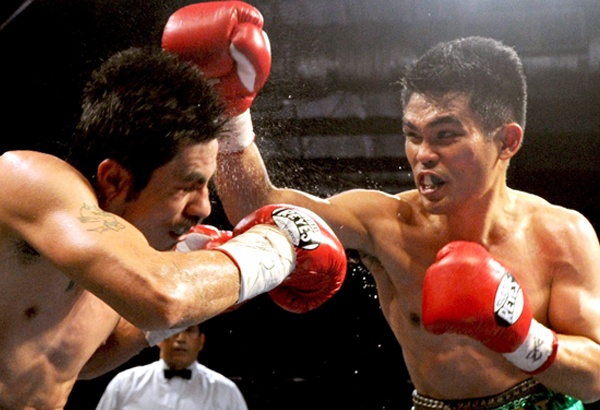 MANILA, Philippines – It won’t be a cakewalk for WBO/WBA flyweight champion Brian Viloria when he stakes the unified titles against tough guy Juan Francisco Estrada of Mexico as the Hawaiian Punch expects a Pier 6 brawl in their 12-round bout at the Venetian Hotel and Casino in Macau on April 6. But Viloria said he’s ready to slug it out and add Estrada to his growing list of South of the Border victims.

“I see Estrada as a pressure fighter,” Viloria told The Star in an email. “I need to fight him smart and fight my fight. He fights similar to a Tyson Marquez and Giovani Segura, a toe-to-toe fighter.” Viloria stopped Segura in the eighth round at the Ynares Sports Arena two years ago and Marquez in the 10th in Los Angeles last November. Both Mexican warriors went down fighting and Viloria pushed himself to the limit to win.

Viloria, 32, will use his experience and punching power to derail Estrada who is 10 years younger. Although Estrada is coming off a loss to WBA lightflyweight titlist Roman (Chocolatito) Gonzalez, the challenger can’t be taken lightly. He went the distance with the unbeaten Gonzalez and had his moments in their bout. “We were all impressed with Estrada who gave Gonzalez all he could take in an extremely competitive contest,” said Viloria’s Los Angeles manager Gary Gittelsohn.

Estrada has a 22-2 record, with 18 KOs, and his only losses were decisions to Gonzales and Juan Carlos Sanchez Jr.  He was floored by Sanchez in the first round but returned the favor in the sixth en route to dropping a unanimous eight-round verdict two years ago. Sanchez is now the IBF superflyweight champion. A relentless stalker, Estrada decked Filipino Ardin Diale twice in the first round before finishing him off with a body shot in the second in Sonora last June. Estrada likes to make short work of his opponents as 13 of his 18 wins by knockout came within the first three rounds. He turned pro in 2008, seven years after Viloria made his debut. Estrada was only 11 years old when Viloria outpointed Filipino Ben Escobia in his first pro appearance in Honolulu.

Viloria has won six in a row since losing to Panama’s Carlos Tamara in 2010 and five of his last six victims were Mexicans.  His record is 32-3, with 19 KOs. Viloria is one of only seven Filipino fighters in history to collect at least two titles in different divisions (the others are Manny Pacquiao, Nonito Donaire, Luisito Espinosa, Gerry and Dodie Boy Peñalosa and Donnie Nietes).

“I’m very excited to fight in Macau and from what I’ve been told, this is the first major professional boxing fight ever to be showcased,” said Viloria. “That is something I can look back on and be very proud of. I want to invite everyone to watch my fight. Expect another great all-out war and exciting fight. I hate making predictions but all I can say is this fight will not disappoint.”

Viloria said he hopes a big Filipino crowd will attend the show. “Some may see it as pressure (to fight before a virtual hometown crowd) but for me, it’s more of a motivation,” he said. “I just need to keep focused and approach each fight the best way I can. Be prepared and stay determined and everything else will follow behind it.”

Viloria said his long-time cutman and mentor Ruben Gomez will be in his corner in Macau with Filipino trainer Marvin Somodio who is Freddie Roach’s assistant. “What I’ve learned from Marvin is being patient and having faith in my combinations,” said Viloria. “I’ve been training hard and preparing myself to the fullest. No major changes, like the old saying goes, ‘if it ain’t broke, why fix it?’”