Omar Narvaez-Daniel Rosas on May 11 in Argentina 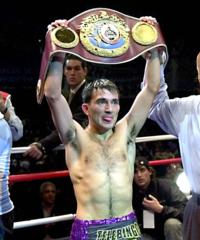 The super flyweight champion of the World Boxing Organization (WBO), Omar Narvaez of Argentina will make a mandatory defense of his title on May 11th against Mexico’s Daniel Rosas (15-0-1, 9KOs), according to the latest reports in the country. The fight is going to take place in Argentina. It has been pushed back several times and numerous dates have been kicked around. The venue has yet to be finalized.

Narvaez (38-1-2, 20 KOs), 37, in his last fight retained the championship with a unanimous decision over twelve rounds against Boricua David Quijano, which took place on December 15 in the city of Tucumán.