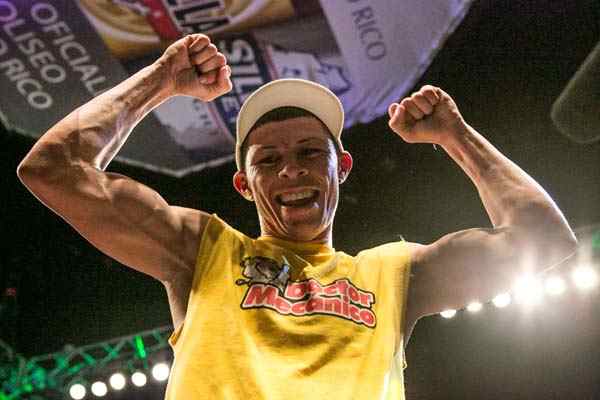 In the latest Mexico vs. Puerto Rico showdown, Ramon Martinez (29-2-2, 17 KOs) won the WBO super featherweight championship for the third time with a twelve round unanimous decision over reigning titleholder Orlando “Siri” Salido (42-13-2, 29 KOs) on Saturday night at the Coliseo de Puerto Rico Jose Miguel Agrelot in San Juan, Puerto Rico. It was a war from the get-go. Salido was relentless the first two rounds, but got dropped by Martinez in round three and again in round five. The champion battled back hard, but was deducted a point for a low blow in round eleven. Salido closed strong, but it was too little too late. Scores were 114-111, 115-110, 116-109.