Results:   The WBO Middleweight Champion Andy Lee retains the title by split-decision draw and non-title bout due to Quillin not making weight. 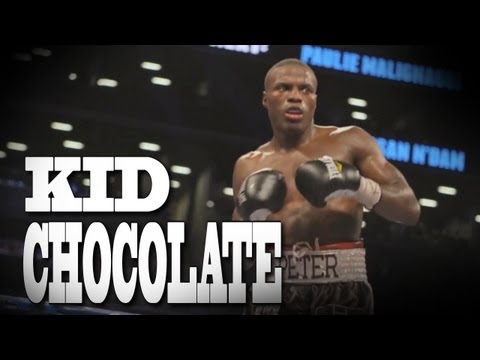 He was faced with a WBO-imposed deadline of 4 p.m. ET on Thursday to sign a contract for his mandatory defense against Matt Korobov. Quillin, who had already been given two extensions to the signing deadline, would have been stripped of his title had he not vacated.

It still comes as a surprise to many that Quillin, whose wife gave birth to their first child, a boy, about a week ago, would turn down a purse that is more than three times his biggest payday and give up his title without having another fight signed.

“I’d like to thank WBO president Paco Valcarcel and his organization for their support throughout the years,” Quillin said in a statement. “Winning the WBO world championship was a highlight in my career and something I’ll never forget. This is a difficult decision, but in order to make the fights the fans and I want against my fellow middleweights at the top of the division, I needed to relinquish the title.

“This is an exciting new chapter in my life, and I’m looking forward to cementing my spot as the best middleweight in the world.”

Quillin’s statement rings a bit hollow because there is no obvious major middleweight fight on the horizon for him.

Fights with champion Miguel Cotto and titlist Gennady Golovkin were not possible. Only a match with fellow New Yorker Daniel Jacobs, who owns a lightly regarded secondary title and, like Quillin, is advised by the powerful Al Haymon, would be close.

About a half hour before the deadline, Arnold Joseph, the attorney for Golden Boy Promotions, Quillin’s promoter, sent a letter to the WBO informing it of the decision.

“Mr. Quillin has reviewed the middleweight landscape and is of the belief that there are other more compelling opponents for him to fight which will afford the boxing fans with excitement and which will afford him and his family more opportunities,” Joseph wrote. “Please be assured that Mr. Quillin is by no means minimizing Mr. Korobov’s talents or accomplishments. Mr. Quillin simply seeks to pursue bigger fights. Let me conclude by expressing Mr. Quillin and Golden Boy’s appreciation for your organization’s patience while Mr. Quillin worked through this decision and we look forward to our continued relationship with the WBO.”

Quillin’s decision means that the first boxing event to be promoted by Roc Nation Sports, the sports agency founded by music mogul Jay Z, will be delayed. Roc Nation Sports announced its intentions to promote boxing two weeks ago and the next day won a purse bid for the right to promote Quillin-Korobov, even though it doesn’t have promotional contracts with either fighter.

Roc Nation Sports planned to put the fight on Nov. 1 at the Barclays Center in Quillin’s hometown of Brooklyn, but had since notified Golden Boy and Top Rank that it would instead have been at the DC Armory in Washington, D.C., because Korobov is not licensed in New York due to a medical issue no other state has a problem with.

Michael Yormark, president and chief of branding and strategy for parent company Roc Nation, was disappointed Quillin turned down the fight.

“We wish him the best of luck. We like Peter a lot. We hope he’s made the right decision here, but it’s puzzling. I’m sure (Haymon) sat down and discussed this with him in detail. Peter has a team around him he listens to and we can only assume the direction he received was to pass. We wish him the best of luck and we hope he has an incredible payday in front of him because that’s the only justification for turning down $1.4 million and giving up his belt.”

Said Top Rank vice president Carl Moretti, “I’m sorry that Roc Nation Sports had to be put through this process. It’s disappointing for all of us, especially when a new player such as Jay Z wants to get involved in our sport. I hope this has no bearing on their future plans. As far as Top Rank goes, we look forward to working with them in any future endeavors.”

“We will continue to look at all opportunities,” he said. “We continue to march forward. We’re in this for the long term. We’re disappointed but it’s not the end. We’re just getting started.

“This just motivates us even more. We knew we were getting into an industry we’d have to navigate through carefully. We hoped to have this first fight in November and it didn’t happen. But we’ll continue to be aggressive and move forward. We’re not going away.”

Korobov’s side was also disappointed.

“We’re disappointed that Peter Quillin didn’t respect the rules,” Moretti said. “Matt will still get his opportunity to fight for the title thanks to the WBO. We’re just really disappointed in Peter Quillin as a fighter. If he thinks that fighting Danny Jacobs for a secondary title is better than this opportunity than so be it. Why he couldn’t he have done both? If he’s that good he could have fought Matt and then Danny Jacobs. He must not have the confidence in himself, or his team doesn’t have confidence in him, that he would relinquish the title that he worked hard to earn.”

Quillin (31-0, 22 KOs), 31, defended the title three times, most recently by near-shutout decision against Lukas Konecny in Washington, D.C., on April 19.

Korobov (24-0, 14 KOs), a 31-year-old Russian southpaw and a 2008 Olympian, scored a pair of seventh-round knockdowns against Jose Uzcategui en route to a 10-round decision victory in his last fight on June 28 in Omaha, Nebraska in his HBO debut.

Korobov will get a shot at the vacant title next, possibly against Billy Joe Saunders, a 2008 Olympian from England. The 25-year-old Saunders (20-0, 11 KOs) is the WBO’s next ranked contender.

Result:   The Champion Peter Quillin retains the WBO Middleweight Title by TKO against Gabriel Rosado.  Rosado down in 2nd. round; cut onleft eyelind in 9th. round.  Ringside Doctor stopped the fight in the 10th. round because the cut.  Scores were at the time of the stoppage.