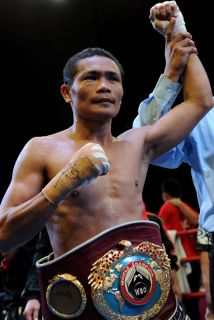 Donnie Nietes and Nonito Donaire Jr. will be enshrined into the Elorde Boxing Hall of Fame for being Elorde Boxers of the Year for seven consecutive years since 2008 during the 15th Gabriel “Flash” Elorde Memorial Boxing Awards and Banquet of Champions on March 25 at Manila Hotel.

The Elorde Hall of Fame is Philippine pro boxing’s highest honor accorded only to seven-time Boxer of the Year awardees. The first Hall of Fame honoree was Manny Pacquiao in 2008.