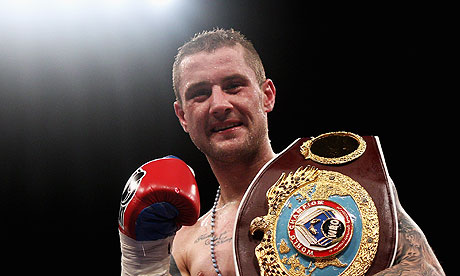 Ricky Burns admits the only footage of Jose Gonzalez he can find is of his WBO lightweight challenger knocking opponents out.

But the Scot is not overly concerned about his opponent’s impressive knockout rate of 17 from 22 wins.

Burns faced another unbeaten Puerto Rican in his first world title fight in the form of Roman Martinez and recovered from a first-round knockdown to win convincingly on points.

And the Coatbridge fighter, who defends his belt at Glasgow’s Emirates Arena on May 11, believes his own improving punching power can act as a deterrent.

“We have been struggling to get any footage of his fights, the only things we can find on YouTube is him knocking boys out,” Burns said.

“He is obviously a big puncher but I have been in with big punchers before so I will just have to make sure my hands are up and I go out there and do what I have been training to do.

“His knockout ratio doesn’t concern me at all.

“When I fought Martinez he was knocking everybody out and after the first round when I got caught clean I was fine.

“I think Gonzalez is a totally different fighter. He switch-hits, he likes to catch you with a big left hook; when I have watched the footage on YouTube it seems to be the big left hook he has been knocking everybody out with.”

Burns showed his developing approach in his previous defence against Kevin Mitchell when he came out on the front foot to sweep to a fourth-round stoppage, his 10th triumph inside the distance.

“Although when you look at my record I don’t really have a lot of knockouts, I do hit hard enough to make the guy think about coming in.”