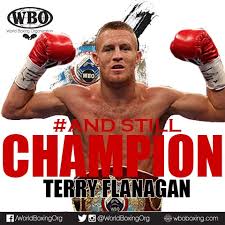 According to Artie Pelullo, the head of Banner Promotions Petr Petrov, will be getting another crack at a world title in the spring.

“Petr Petrov is fighting on April the 8th for the WBO lightweight championship of the world against Terry Flanagan in Manchester,” the veteran promoter told Boxingscene.com.

“I think that Frank (Warren) wants to make good fights for his network over there and in fighting Petrov… the WBO had ordered that  Petrov would be next in lieu of  (Felix) Verdejo fighting on February the 3rd. So Frank called me and said,’Do you want the fight?’ and I said absolutely.”

Verdejo is ranked number one by the WBO, but last year was sidelined with a motorcycle accident that kept him sidelined for the latter part of 2016. He has a tune-up bout scheduled next week in Puerto Rico.

Petrov, a Russian who his based in Spain, is the top rated contender in the WBA, and that title is being contested for by Jorge Linares and Anthony Crolla in a March rematch.

This figures to be a solid match-up and Pelullo mentioned – “the fight will be shown in the United States. We have the rights for the fight on American television.”

Flanagan was last in action back in November when he battered Orlando Cruz for a TKO win in Wales, while Petrov broke down and stopped Michael Perez last September in California.

Results:   Terence Crawford retained the WBO Lightweight Title by TKO on 9th. round against Yuriorkis Gamboa.