Kovalev To Face Agnew On March 29 In Atlantic City 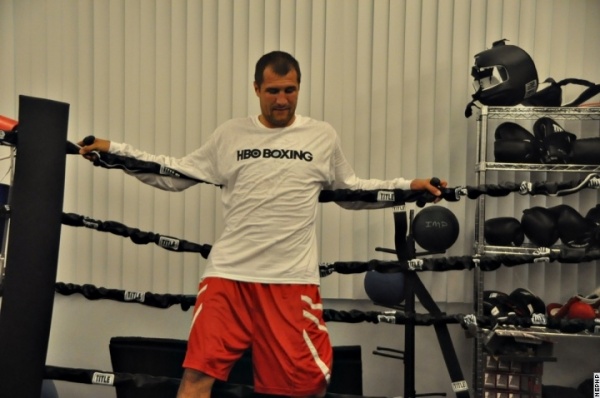 The scheduled 12-round bout between the Russian knockout artist and Chicago’s Agnew will be broadcast by HBO from Boardwalk Hall. The 30-year-old Kovalev (23-0-1, 21 KOs) had hoped after tearing through Ukraine’s Ismayl Sillah (21-2, 17 KOs) on Nov. 30 in Quebec City, Canada, that he could land a unification fight against Adonis Stevenson (23-1, 20 KOs), the WBC light heavyweight champion.

Stevenson stopped England’s Tony Bellew (20-2-1, 12 KOs) in the seventh round of the HBO main event that followed Kovalev’s second-round knockout of Sillah on Nov. 30. Stevenson, 36, has since decided to defend his title against Chicago’s Andrzej Fonfara (25-2, 15 KOs, 1 NC) on May 24 at Bell Centre in Montreal.

Mostly, however, Agnew has a faced a moderate level of opposition since making his pro debut seven years ago and figures to be a huge underdog in what should amount to a showcase fight for the hard-hitting Kovalev. Agnew is ranked No. 15 by the WBO, but is rated No. 3 by the IBF.