Baysangurov-Andrade Lands in Kiev or Odessa on July 6th 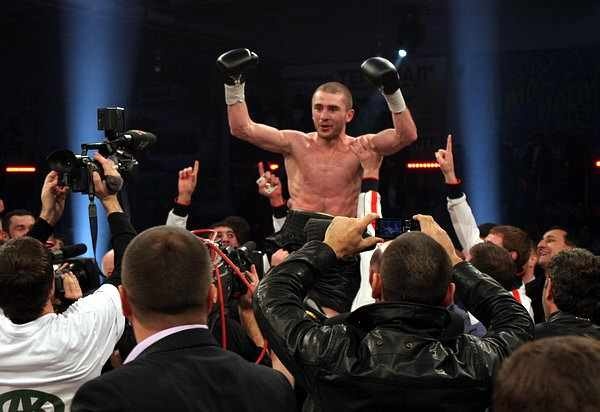 More details are available on the upcoming WBO light middleweight championship between the reigning beltholder Zaurbek Baysangurov (28-1, 20 KOs) and WBO #2 rated undefeated American contender Demetrius Andrade (19-0, 13 KOs). The purse bid for the clash has been held tonight in San Juan, Puerto Rico, and K2 Promotions, governed by the Klitschko brothers, has come out as a winner with a $501,200 offer, outbidding a strong unified effort by both Joe DeGuarida’s Star Boxing Promotions and Artie Pellulo’s Banner Promotions ($401,000). Baysangurov’s party will take 80% of the fee, with the other 20% going to Team Andrade

The fight between the 28-year old Russian (and a proud Chechen native) Baysangurov and a former world amateur champion (2007 Chicago) Andrade, who is also rated #3 by the IBF, #8 by the WBC and #13 by the WBA will be held on July 6 either in Kiev (the Ukrainian capital) or in the shining seaport of Odessa.

Baysangurov is coming off a huge win over capable European contender Lukas Konecny in his latest fight, while Andrade, 25, enjoyed a streak of fast knockouts in 2012 and a dominating win over Freddy Hernandez this January. It should be a great fight between the two of them.