Cleverly: When Kovalev Loads Up, I’ll Take Him Apart 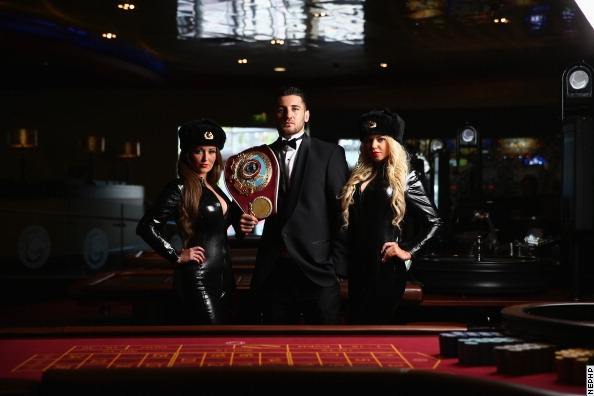 The Welsh hero met with the media today at the Grosvenor Casino in Cardiff Bay looking debonaire in a tuxedo in the role of James Bond as he counts down to his own Russian roulette showdown with the unbeaten Kovalev.

Cleverly, 26, is relishing his East versus West super-fight against the iron-fisted “Krusher” who has anniahlated 19 of 21 victims with a staggering 18 coming inside three rounds and is confident he’ll finish off the seemingly invincible Kovalev.

“His record is scary reading, it’s just KO after KO, but the more I look at it the more I’m motivated to really take this guy out and prove that I’m not afraid to meet anybody, no matter what their reputation is because that is what a champion does, he faces his challenges,” Said Cleverly.

“It’s not an easy fight by any stretch of the imagination, I’ve picked the hardest puncher in the division and I can’t get reckless against him.  He’s a massive massive puncher, but when he loads up for these big punches he’ll leave me openings and then I’ll take this guy apart,”

“He’s never been in with someone like me who’ll throw six, seven, eight punch combinations and fight at a relentless pace from the first to the last round.  He’ll be left shaken and stirred after he’s been in with me, that’s for sure,”

“This is the biggest fight to come to Cardiff in the last few years and it’s going to be a boiling cauldron in there with fight fans witnessing one of the best fights they’ll ever see.”

On the undercard top Welsh prospects Craig Evans and Liam Williams aim to maintain their unbeaten records, plus Danni Griffiths, Aled Cook and Rhys Evans all look to put on sparkling performances in their professional debuts.