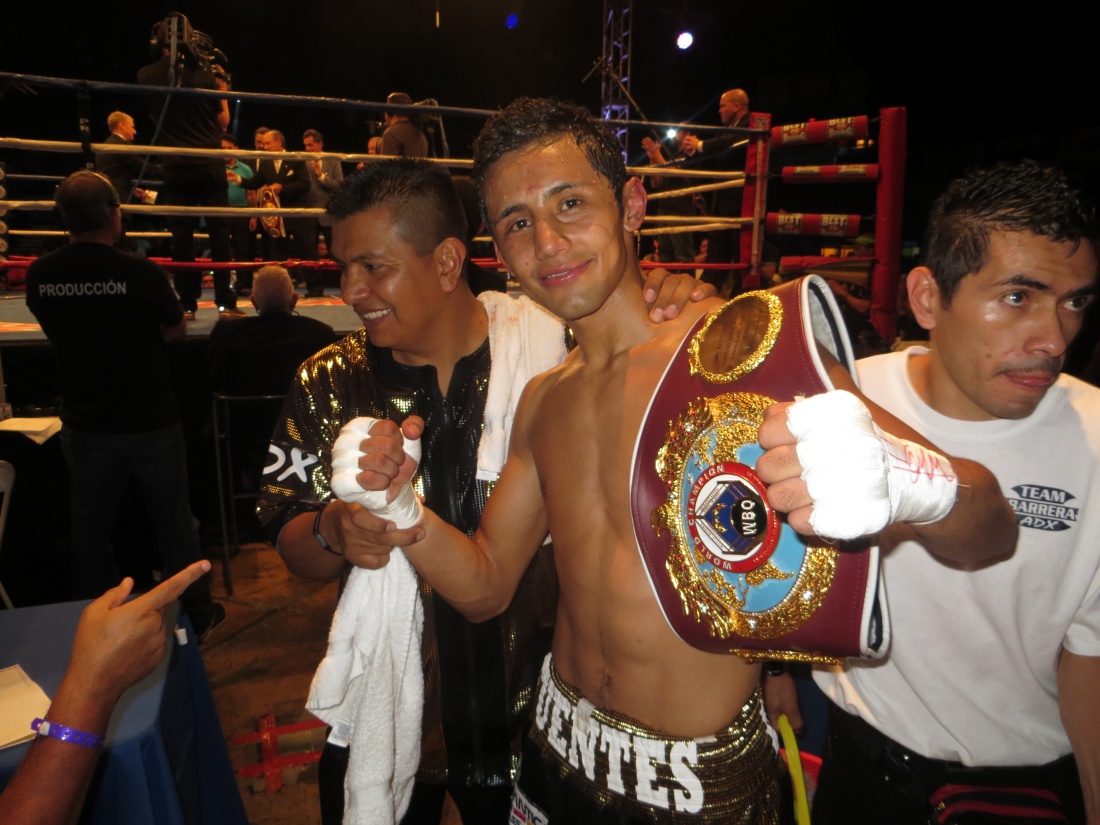 Mexico’s mandatory challenger for the WBO light flyweight title of Donnie “Ahas” Nietes, Moises Fuentes, arrived yesterday a full ten days before his scheduled rematch which promises to be an all-out war.

Fuentes and his supporters including Marco Antonio Barrera in whose gym he trains, expressed their displeasure over the majority draw that enabled Nietes to retain his title in their first clash and have vowed to avenge that setback in which American judges Adalaide Byrd and Pat Russel scored the fight a 114-114 draw while Filipino judge Danrex Tapdasan whose assignment the Fuentes camp initially objected to, had Nietes the winner 115-113.

Nietes himself was not satisfied with the decision and is determined to erase any doubts as to who is indeed the champion.

He has trained harder than ever before for the much-awaited showdown at the Mall of Asia Arena on May 10 and has vowed not to make the same mistakes he made in their first fight by getting drawn into a brawl with Fuentes who likes to drive his opponent against the ropes and throw flurries  to the body and head.

ALA Promotions president Michael Aldeguer told BoxingScene.com/Manila Standard that if Nietes only sticks to the gameplan he should have no trouble overcoming the challenge of Fuentes.

Nietes who is chasing the record of the late Gabriel “Flash” Elorde who reigned as world junior lightweight champion for nearly seven-and-a-half- years trained in the Wild Card Gym in Los Angeles and also in San Diego and sparred with hard-hitting former world champion Giovanni Segura and American Matthew Villanueva.

Fuentes who has a record of 19-1-1 with 10 knockouts has won three bouts in a row since the Nietes title fight, scoring TKO victories over Luis De La Rosa who lost badly to IBF champion Johnreil Casimero and Omar Salado.

Nietes, on the other hand, is coming off a spectacular 3rd round TKO over former WBC Silver champion Sammy Gutierrez last November in a fight when Nietes dropped Gutierrez three times, twice in the opening round.

The “Pinoy Pride XXV” fight  card will be telecast by the giant broadcast network ABS-CBN WITH 2012 “Fighter of the Year” Nonito “The Filipino Flash” Donaire joining Atty. Ed Tolentino and this reporter on the television panel.