The Puerto Rican Bomba Gonzalez (13-0, 11 KOs), who is ranked #7 by the WBO in the flyweights and is the WBO Youth flyweight champion, will fight for the WBO Latino flyweight title against Segura (29-3-1, 25 KOs) in a bout scheduled to 10 rounds. In his last fight, Gonzalez beat Mexican Francisco “Marro” Perez by unanimous decision in Mexico. Gonzalez was a gold medalist at the Amateur World Youth Championships in 2008 and at the Central American and Caribbean Games in 2010.

“I am ready for this fight. I have enough experience as amateur and in my years as professional, fighting in a lot of international events,” said Gonzalez. “I’m in good shape, my tranining camp has been very good and I know that I’m going to win this fight.”

While Segura, who reigned in the junior flyweight division by the World Boxing Association (WBA) and the WBO after his unification bout against Ivan Calderon, come off a lost versus former champion Edgar Sosa on May 18 in Mexico.

“I know my experience is going to bring me the victory in this fight. He is a young and good fighter, but this Saturday I’ll show him what is a great champion,” said Segura.

Also on Saturday, Dominican Felix Diaz (13-0, 7 KOs), a Gold medalist at the 2008 Olympic Games in Beijing China, will fight a 10 round bout at the welterweight division against Mexican Edgar Llanes.

Meanwhile, former superbantamweight contender Jonathan “Polvo” Oquendo (22-3, 15 KOs) will return to the ring in an eight round and featherweight division bout against Miguel Tamayo (14-6-2, 12 KOs). 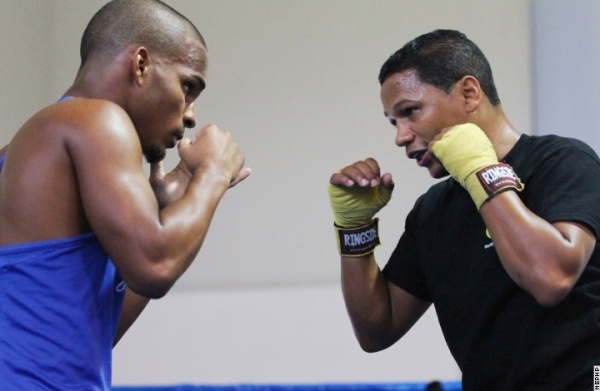 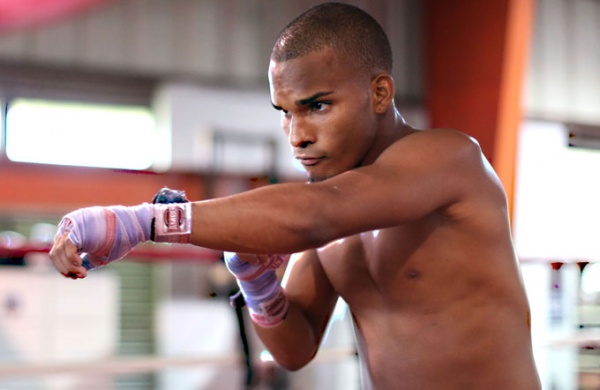 Flyweight contender Jonathan “Bomba” Gonzalez is focused in his rival for August 17, the former world champion Giovani Segura and to avenging his two wins over Ivan “Iron Boy” Calderon. The undefeated fighter will fight against Segura for the WBO Latino flyweight title at the International Ballroom of El San Juan Resort and Casino in Isla Verde, Carolina, Puerto Rico, in a PR Best Boxing Promotions (PRBBP) presentation, in association with Top Rank to be broadcast on DIRECTV in Puerto Rico.

“Segura caused a big hurt in Puerto Rico when he beat two times our champion Ivan Calderon and I want to heal those hurts, no matter if is a KO or a decision win, I am going to win and after this bout become a world champion”, said Gonzalez.

“I feel good because I’m five pounds lighter than the pre weigh in on January for my fight against Omar Salado. That is the result of the hard work we’ve made with my new conditioning trainer Pensa Garcia (Cruz Manuel Garcia is the former Felix “Tito” Trinidad trainer). I thought that I was to weigh 126 or 127 pounds but I made 125″, added Gonzalez “Actually we are working hard in the track with the races”.

The fight Gonzalez-Segura is for the WBO Latino flyweight title, scheduled to 10 rounds.

In his last fight, Gonzalez, a gold medalist at the Amateur World Youth Championships in 2008 and at the Central American and Caribbean Games in 2010, beat Mexican Francisco “Marro” Perez by unanimous decision in Mexico. While Segura come off a lost versus former champion Edgar Sosa on May 18 in Mexico.