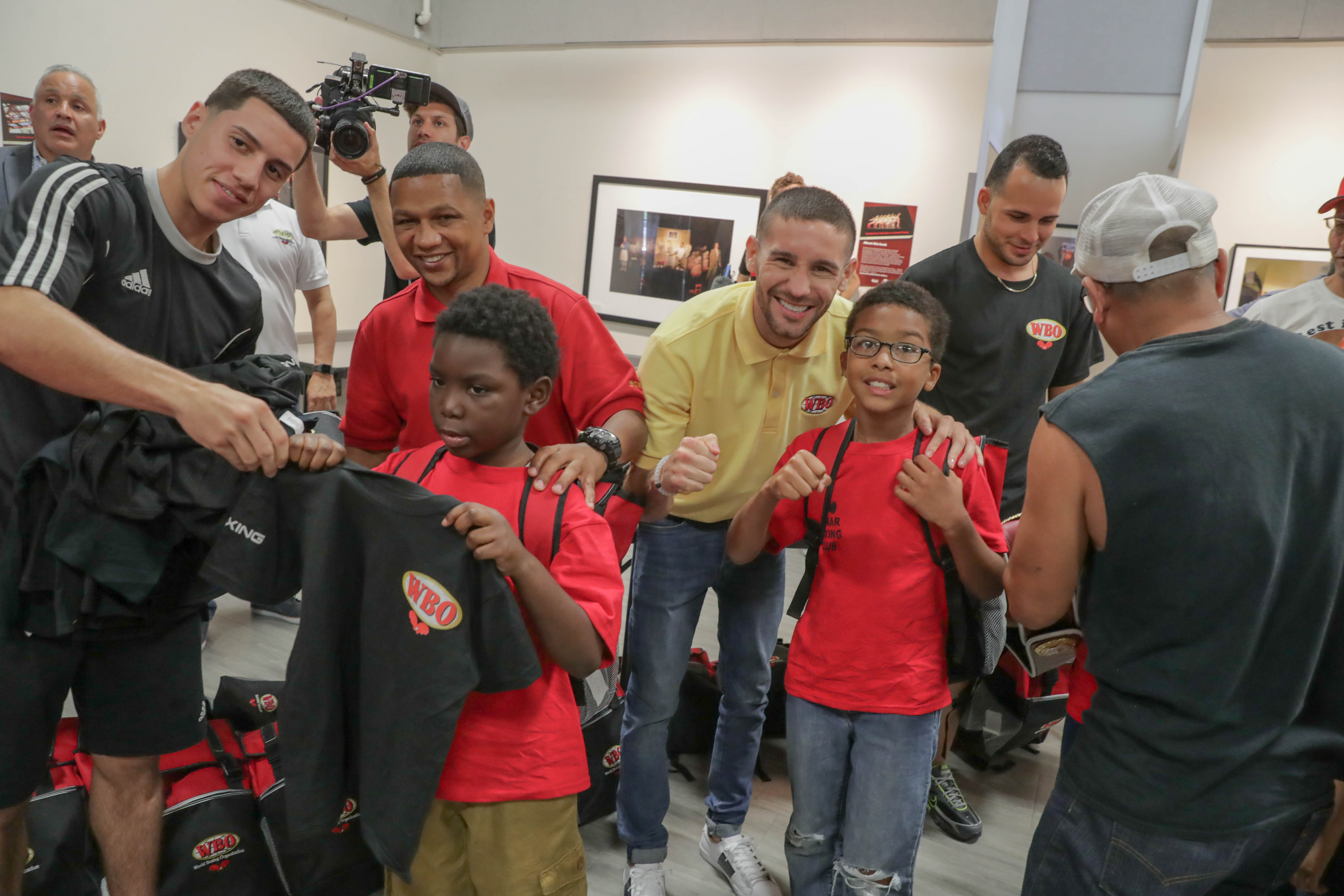 The children received backpacks with school supplies and sporting goods. Also, motivational speeches were given, and lunch was served for them.