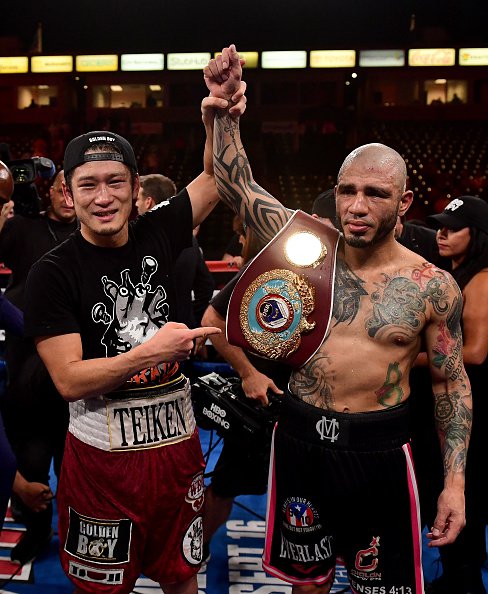 Miguel Cotto (41-5, 33 KOs), the only four-division world champion in Puerto Rico’s rich boxing history, earned his sixth world title with a unanimous decision victory against the Japanese slugger Yoshihiro “El Maestrito” Kamegai (27-4-2, 24 KOs) for the vacant WBO Junior Middleweight World Title in front of a sold-out crowd of 7,689 boxing fans at the StubHub Center in Carson, Calif. The judges scored the bout 119-109, 118-110, and 120-108 in favor of Cotto. “I tried to do my best, and I think I did that tonight,” said Miguel Cotto. “I am happy with my performance. Kamegai is a tough fighter and opponent. It was during round five or six that I knew he was going to make it to the 12 rounds. Come December 31, I will retire. I’ve done it all. I’m 36 going on 37, and I think I’ve come to the end of my career. I will fight once more in December. I’ll let Freddie [Roach] tell you who I want.” “We want the winner of Canelo-GGG,” said Freddie Roach, trainer to Miguel Cotto. “I felt so much frustration not being able to land any of my punches,” said Yoshihiro Kamegai. “I could not catch him at all. I couldn’t catch him at all. He is such a talented legend, and I am so glad I got the opportunity to fight him.”