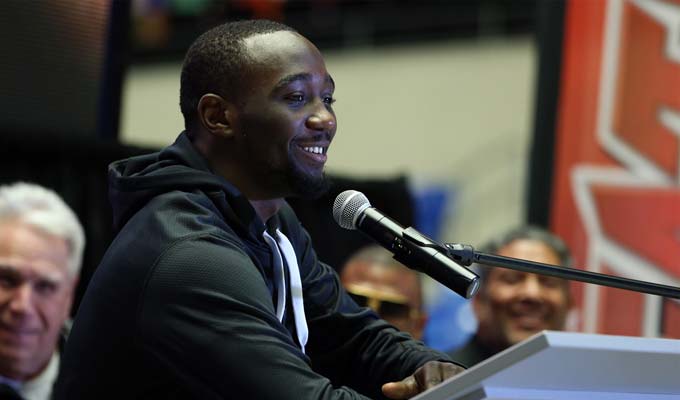 Although North Texas got hit with a large snowstorm late Wednesday evening it could not dampen the official press conference Thursday afternoon to announce the battle between undefeated WBO lightweight champion Terence Crawford (25-0, 17KOs) and #2 rated Thomas Dulorme (22-1, 14KOs) for the vacant WBO junior welterweight world title on April 18 at College Park Center on the campus of the University of Texas at Arlington. The world championship fight will be televised as part of a split site doubleheader live on HBO.

Crawford, always cool as ice, fit right into the elements that covered the outside of the arena right on campus of UTA in the city of Arlington, a sometimes forgotten city in the middle of Dallas Fort Worth. Ironically, this arena sits only a few miles from AT&T Stadium aka Jerry World where another Top Rank fighter by the name of Manny Pacquiao fought a couple times to huge crowds.

Any potential fight between Top Rank’s prized pupils may be scrapped for good now that the mega-fight has finally been made between Pacquiao and Mayweather. Crawford knows that for bigger fights to come, with Pacquiao or anyone else, he has to continue to deliver as he did in 2014 when he won BWAA Fighter of the Year. Fightnews caught with both Crawford in an exclusive one-on-one interview.

How do you feel about moving up in weight?

How do you end up in Dallas again after fighting in your hometown of Nebraska the last couple of fights?

What do you know about Dulorme?

He’s a tall, rangy type of guy. Puncher, ok boxer, you know that pretty much sums it up.

How do you feel about your breakout year in 2014 where you were BWAA fighter of the year and getting all this praise? Has it changed you?

Not at all, it makes me want to train even harder, because I know people want my spot. I know a lot of people are targeting me now to uplift their career so I know I have to be on my p’s and q’s every night of every fight.

What is your goal for this year?

Keep winning, you know, putting all those spectacular performances like that I had put on in 2014.

Are you targeting anyone?

I don’t target fighters. I always felt like when you target fighters you are trying to be in the same place they are at and I feel like I’m getting to the point where they are calling me out, because they want what I got. And there’s no need to call anybody out.

On your Gamboa fight and how you turned some heads going from southpaw to orthodox – do you train that way?

I practice it sometimes but it mainly comes natural – something I have been doing as a kid, something I already transcend as a professional.

During the fight did you feel like you could get the advantage with your lead right when you switched to southpaw?

Of course, of course I just always felt a great fighter always adjusts and I felt like I did that in that fight. I felt like it paid off.

Did you emulate or idolize any fighter growing up?

I always just looked up to boxers, anybody that boxed – Floyd, Pernell Whitaker, Sugar Shane Mosley when he was at lightweight, Marco Antonio Barrera after he beat Naseem Hamed – those are just a few, but anybody that boxed. I love the art of boxing.

Do you feel like you have to take it to another level this year for the general public to know who you are?

Not really. You know all I have to do is keep putting together performances that I have been putting on and keep winning and everything else is going to fall in place. 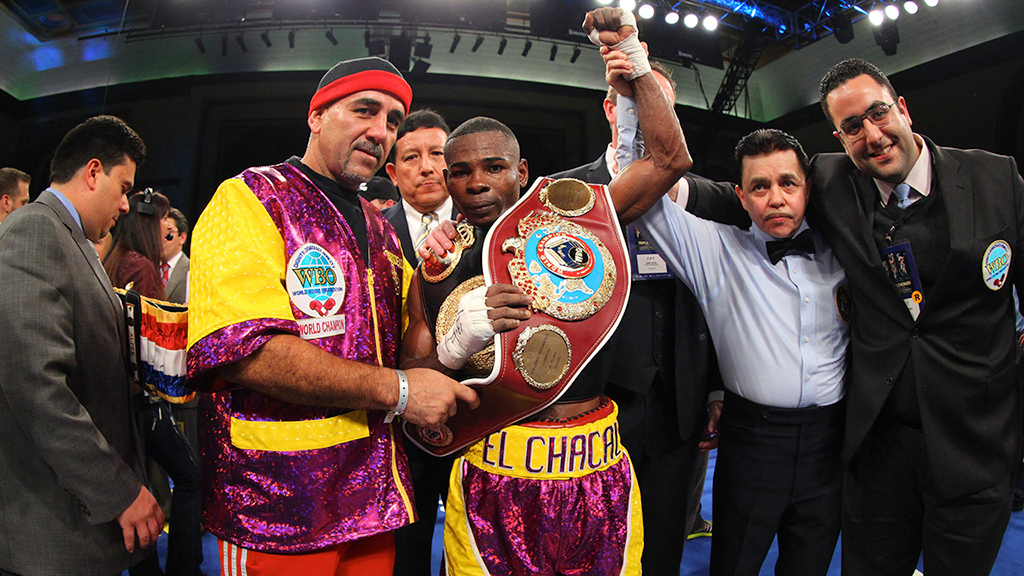