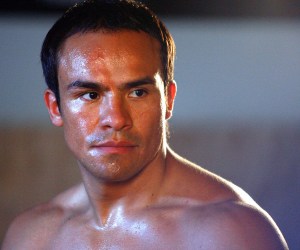 Juan Manuel Marquez (55-6-1, 40KOs) may still continue his career beyond a fifth fight with Manny Pacquiao in the fall, according to his promoter Fernando Beltran of Zanfer Promotions. Marquez’s wife has given him permission to have a few more fights. The plan is to have a fifth fight with Manny Pacquiao in September, and the next clash is being pushed to take place outside of the United States for tax purposes.

“Juan Manuel Márquez already confirmed to me that he plans to continue [his career] in boxing and [told me] it is necessary to begin to review offers, to see the plans, to begin [the next steps] the following big fight [from last December]. He already spoke with his wife and children, with his family, and they support him in continuing [his career],” Beltran said.

“The two fighters do not want to pay so many taxes, and yes there is the possibility that it will happen in Macau, which is something that [Top Rank CEO] Bob [Arum] likes. [Arum] will do a show [in Macau] in April and he will see what we can do there and what kind of purses [we can get for the fighters] and other aspects. But there is also the new arena in Mexico City.”

Article Link – http://www.boxingscene.com/?m=show&opt=printable&id=61921#ixzz2JZtsaifi
This is a legal waiver. By copying and using the material from this article, you agree to give full credit to BoxingScene.com or provide a link to the original article.