Donnie Nietes vs. Raul Garcia Agreement is Getting Closer 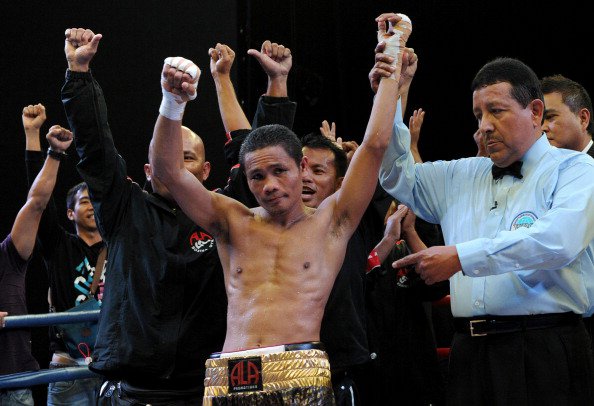 Mexican promoter Oswaldo Kuchle has informed BoxingScene.com/The Standard that he has “released Raul Garcia to fight Donnie Nietes, the WBO light flyweight champion and the longest reigning Filipino world champion” following the willingness of Zanfer Promotions Fernando Beltran to postpone the mandatory challenge of Moises Fuentes against Nietes for a more lucrative showdown at the StubHub Center in Carson City, California on September 24.

ALA Promotions president Michael Aldeguer told The Standard that he first wants to “agree on what is going to be out there for Fuentes before we can agree on the Garcia fight.”

He said “if we fight Garcia in May we need to discuss the mandatory with Fuentes in September” before confirming the Nietes title defense against Raul Garcia, twin brother of Ramon  Garcia Hirales from whom Nietes won the title by a unanimous twelve round decision at the University of St. La Salle Coliseum in Bacolod City on October 8, 2011.

Aldeguer told us that fight fans in Bacolod were clamoring for Nietes to return to his hometown of Murcia which is on the outskirts of Bacolod. He said “people wanted the fight after all the accomplishments of Donnie.”

If the fight doesn’t take place in Bacolod Aldeguer said the alternative would be the Waterfront Hotel and Casino in Cebu.

Aldeguer said Fernando Beltran said he had no objections to the proposal but hadn’t yet formally agreed since they also have to secure the approval of the World Boxing Organization president Francisco “Paco” Valcarcel who had earlier directed Nietes to face Fuentes in a   mandatory title defense which would be their third fight after Nietes demolished Fuentes on May 10, 2014, dropping him three times in the 9th  round for a rousing knockout victory at
the Mall of Asia Arena along Manila Bay.

In suggesting that the Nietes-Fuentes mandatory be held in the US, Aldeguer was looking at a big fight with a wider American audience. However, he said if the proposal was disallowed by the WBC president, Nietes was ready to face Fuentes even in Mexico where he defended his minimum weight title successfully on several occasions against  Mexican opponents in their own hometowns.

The 32 year old southpaw Raul “Rayito” Garcia who is ranked No. 11 by the WBO  has a record of 36-3-1 with 22 knockouts. On June 14, 2008, he won the title from  Filipino IBF Minimumweight champion Florante Condes in  a somewhat controversial 12 round split decision after being dropped by Condes in the final round,  in Garcia’s hometown of La Paz, Mexico.

After losing his IBF title, Garcia went on to win the WBO interim minimumweight title on October 30, 2010 by a split decision against Luis dela Rosa. He was scheduled to face Donnie Nietes on March 12, 2011 for the full championship, however, just two weeks prior to the fight date, Nietes announced that he would be vacating his world title and moving up in weight which resulted in “Rayito” Garcia being elevated to full champion.

On May 30, 2011, he successfully defended the title for the first time by third round TKO against Filipino Rommel Asenjo. Garcia and his brother Ramón made history that on this night when they became the first set of twin brothers to win world title fights on the same card. 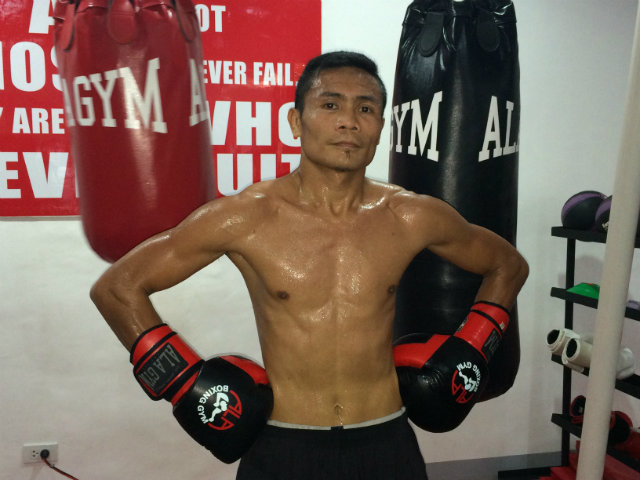 MANILA, Philippines – Reigning WBO light-flyweight champion Donnie Nietes said he’s ready for anything that his Mexican opponent will bring to the table.

“Whatever he does, I’m ready for it,” the longest-reigning Filipino world champion said in anticipation of Saturday’s fight at the Smart Araneta Coliseum.

Nietes is scheduled to climb the ring against Gilberto Parra and he’s out to stretch his amazing run of 23 straight wins in over 11 years.

He has not lost a fight since September of 2004 when he faced an Indonesian opponent who climbed the ring six pounds over the weight limit.

Nietes recently surpassed the record of the great Gabriel “Flash” Elorde as the longest-reigning Pinoy world champion at seven years and three months.

Edmond Villamor also told The STAR that based on their studies, Parra has the tendency to shift from being a slugger to a boxer.

“Minsan pumapasok pero minsan boxer at nag-aabang lang,” he said, adding that Nietes had done everything in training.

Nietes went over a hundred rounds in sparring since January, just enough for him to declare that he’s “100 percent ready” for the fight.

The pride of ALA Boxing Promotions will bring with him a long and impressive record of 34 wins, four draws and a single loss (with 20 knockouts).

He said a knockout will come if Parra comes in.

“If he moves in, I may knock him out,” said Nietes.

But it’s easier said than done because Parra is a knockout artist himself. Of his 19 wins and two defeats, 17 came by knockout.

“We know the history of Nietes with Mexican fighters, and I admire him. But everything has an ending, and the end will come for Nietes on Saturday,” said the Mexican.

“He has good record. But we were able to go over his style,” said Nietes, who will share the spotlight with Nonito Donaire in this Pinoy Pride presentation.

Donaire is out to bounce back from a loss to Nicholas Walters last October, and had gone down to 122 pounds.

The five-division world champion takes on Brazilian William Prado, seeking a victory and perhaps another shot at the super-bantamweight crown.

“Everything is great. I’m doing good,” he said. 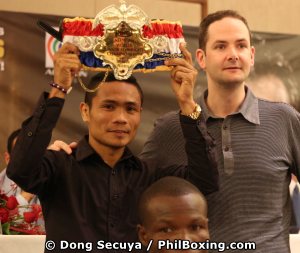 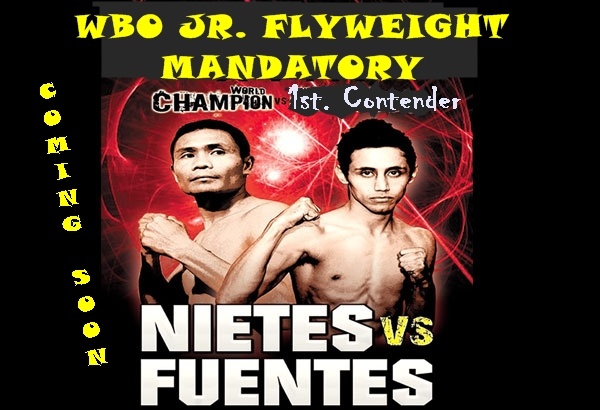