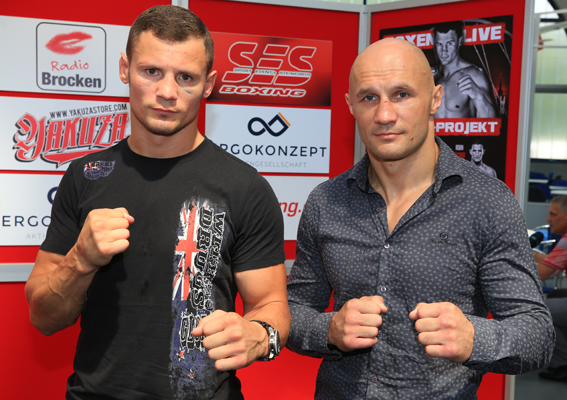 The fifth title fight is fix

Robert Stieglitz in the fight against the “spirit” Sergey Khomitsky for the WBO Inter-Continental title, and on the way to reclaiming the world title.

Former world champion Robert Stieglitz fight for the vacant WBO Inter-Continental belt at super middleweight. His opponent in this title fight is a “spirit”. This battle name carries Sergey “The Ghost” Khomitsky (29-10-2 (12)), who secured a good two months the belt of WBO European champion in England with a knockout in the sixth round against unbeaten British Frank Buglioni. Robert Stieglitz is therefore warned that the experienced Belarusian Khomitsky has become so advanced to the position 7 of the WBO world rankings. This opponent will address “The World Cup project!” Robert Stieglitz his mission. It applies to Robert Stieglitz , now as soon as possible the position 1 of the WBO world rankings to occupy. The implicit goals: as the mandatory challenger of the reigning world champions again to fight “his” WBO world champion belt. But the “spirit” Khomitsky must first be defeated!