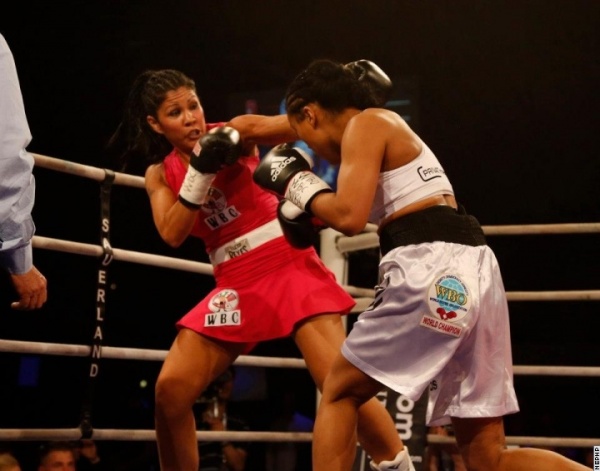 WBA, WBC & WBO Female Welterweight Champion Cecilia Braekhus (22-0, 6 KOs) continued her domination of women´s boxing on Saturday night, stopping American legend Mia St. John (47-13-2, 18 KOs) in the third round of their clash at the Nordic Fight Night in Frederikshavn, Denmark. Much to the delight of the many Norwegian fans in attendance, the First Lady stamped her authority on the battle early. She had St. John in trouble in the second, and when the former world champion was on the receiving end of another punishing combination, the referee waved the bout off in the third. “It was an honour to fight Mia,” Braekhus said. “She is a living legend and I am happy that I defeated her.” Photos by Photo Wende.

Said promoter Nisse Sauerland: “Cecilia is the best female fighter in the world and she once again proved that tonight. We will try to make the Holm fight happen now, but we´re not going to wait for it forever, there are other options. Nobody can beat Cecilia, she is just too good.”