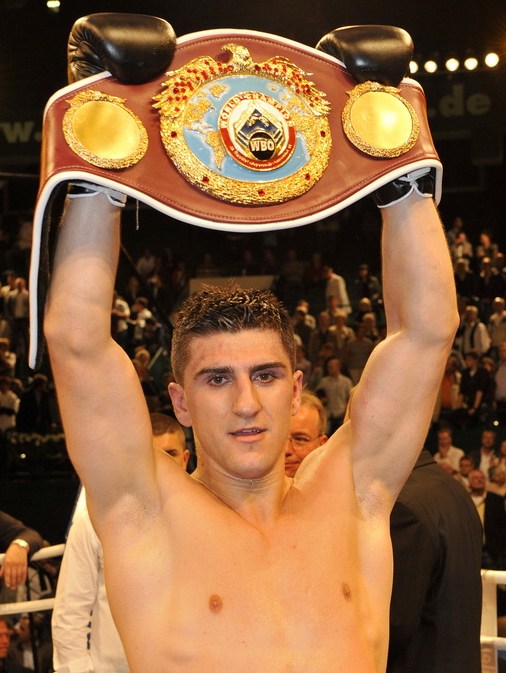 WBO cruiserweight champion Marco Huck will be defending his title against interim champion Ola Afolabi on May 25th in Germany. These two have fought eachother twice before, with Huck winning comfortably in 2009 but last year they fought to a thrilling controversial draw. Afolabi was very unlucky to only come away with a draw and many felt he would have got the decision in a neutral country. Don King won the purse bid to promote the fight and I’m not sure Afolabi will be too happy about the conditions that King has proposed. King has proposed an 80/20 split of the purse in Huck’s favour, which I think, is very harsh considering how close the last fight was. If I was Afolabi I’d be looking for at least 25% of the purse, if not 30%. This may not seem like a huge difference but the purse bid was $1.5 million so Afolabi will be earning $300,000. If he could get 30%, he would make $450,000.

However, even if the percentage split isn’t really fair, the size of the bid means Afolabi will still be paid handsomely and I doubt Marco Huck will be moaning about earning $1.2 million so I don’t expect either fighter to complain.

I’m also not sure if Afolabi will be happy that the fight will be taking place in Germany. Huck has a history of getting controversial decisions in Germany and after their last fight Afolabi might have wanted a neutral venue. Unfortunately for Afolabi, Germany is the only reasonable option because Huck is a way bigger name in Germany than Afolabi is in his native Britain or in USA where he’s based. Germany has 3 world champions but WBO super middleweight champion Arthur Abraham and IBF cruiserweight champion Yoan Pablo Hernandez are born in Armenia and Cuba respectively, so the fans tend to favour German born Huck and he gets the most publicity. In Britain, Afolabi is probably about 10th in the pecking order. Despite the risk of getting robbed by a dodgy decision, travelling to Germany won’t faze Afolabi. He’s promoted by K2 promotions so he’s used to fighting on Klitschko undercards in Germany.

Despite the fact the lopsided percentage split and having to travel to Huck’s backyard won’t really bother Afolabi, if I was him I would be fuming about the proposed 25th May fight date. Afolabi has fought a 36 fight career with little to no recognition and I’m sure he’ll be hoping that winning a world title would propel him into the limelight but because of the date, this won’t happen. Carl Froch will be fighting Mikkel Kessler on the same night as Afolabi faces Huck. If Afolabi defeats Huck, and Froch beats Kessler who do you think will be heavily featured in newspapers and TV shows in the aftermath. Hardcore British boxing fans will recognise his achievement but it’s unlikely the casual boxing fan will even hear about Afolabi’s success because everyone will be to busy comparing Froch to other British greats such as Lennox Lewis and Joe Calzaghe and calling for Andre Ward to give him a rematch.

I think Afolabi have a very tough time beating Huck but he’s definitely got a great chance and it will be a real shame if he doesn’t get the plaudits he deserves for becoming world champion.