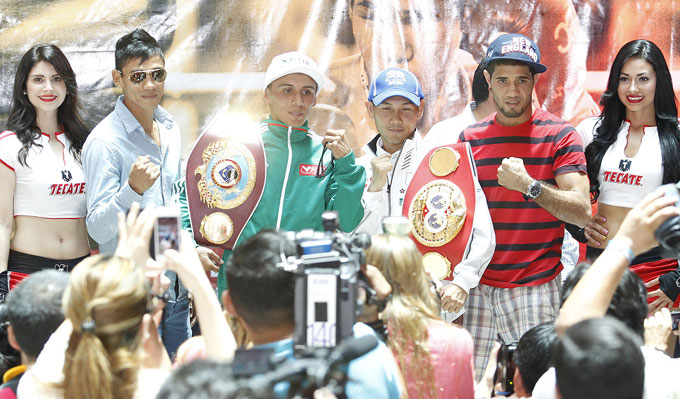 Takayama said “I’ve come to Monterrey willing to fight a war, to give everything in the ring. Rodriguez is a talented fighter, but as everyone has seen I am also talented.”

Rodriguez stated, “There is no human power that can remove me from victory before my people in the Arena Monterrey.”