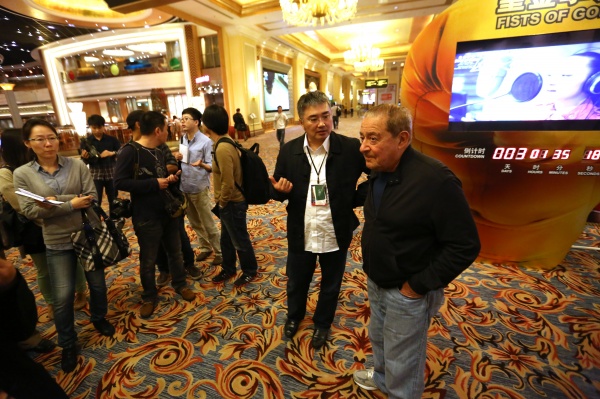 Last month was a vintage one for boxing with Timothy Bradley’s bout with Ruslan Provodnikov and the rematch between Brandon Rios and Mike Alvarado both guaranteed to be in the running for “Fight of the Year” honors.

This weekend all eyes will turn to Asia as Top Rank host a card in Macau for the first time, headlined by a WBA and WBO world flyweight title tilt between defending champion Brian Viloria (32-3) and Juan Francisco Estrada (22-2).

Viloria hails from Hawaii, but is of Filipino descent and is coming off a dramatic ninth-round technical knockout win over Hernan Marquez in November last year. His Mexican opponent, Estrada, challenged unsuccessfully for a WBA belt at light flyweight that night, but will be moving up in weight for another world title challenge on Saturday.

Estrada has 18 knockout wins to his name, while Viloria has stopped 19 opponents and Top Rank Promotions presumably hope this will be a recipe for some fireworks when the two men go head-to-head in the main event at the 15,000 capacity Cotai Arena.

The main attraction for the Macau audience will be Chinese two-time Olympic gold medalist Zou Shiming, who is making his professional debut, but second on the bill is a WBO super featherweight world title bout between Puerto Rica’s Roman Martinez (26-1-2) and Diego Magdaleno of the US (23-0).

Magdaleno has maintained an immaculate professional record up to this point, but will be taking a serious step up in opposition when he takes on defending champion Martinez, who first won the title in 2009 and has consistently been going up against the best fighters in the division ever since.

The WBO international super bantamweight title, which is not as highly regarded as a world championship, will be on the line when another Puerta Rican, Wilfredo Vazquez Jr (22-2), takes on Yasutaka Ishimoto (21-6), with the Japanese fighter providing a much-needed Asian presence on the bill.

Filipinos Milan Melindo, Dodie Boy Penalosa Jr and Dave Penalosa will also be in action, but the card has been built around Zou. He is the most successful amateur boxer in Chinese history and will be welcomed into the professional ranks by Mexico’s Eleazar Valenzuela (2-1-2).

It is not clear exactly where the four-round fight between Valenzuela and Zou will fit in the fight order, but the local fans will be hoping that the three-time world boxing champion arrives with a more aggressive approach than he had in his amateur days, when he was known for his safety-first approach to fighting. Looking for the best online casino platforms ? We’ve already found it for you

In total there are nine fights on the card, which has been billed as the “Fists of Gold,” and if it is deemed a success there are likely to be further Top Rank events in Macau, with an eventual excursion into mainland China surely beckoning.