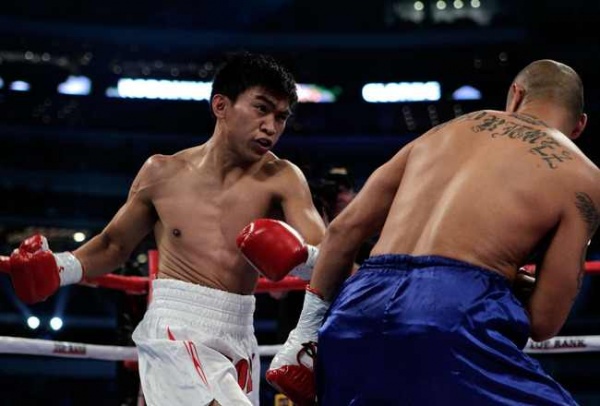 Elorde found his range and scored on combinations in the seventh to ninth rounds in annexing the championship over his plucky Thai rival, highlighting the 13th Gabriel “Flash” Elorde Boxing Awards in honor of his late grandfather, the preeminent prize fighter of his generation.

Among those who witnessed the gutsy triumph was Elorde’s widow, Laura, the matriarch of the famous boxing clan, and the 28-year-old southpaw’s proud parents, Liza and Johnny, who was his son’s second in the corner.

Judges Salven Lagumbay and Greg Ortega scored it both 98-92, while Gil Co saw it 97-93, all in favor of the younger Elorde, who was fighting for the first time in a 10-rounder and raised his record to 14 wins (6 KOs) against one loss.