Neutral Judges for the Ambunda VS Kameda WBO Clash in Cebu 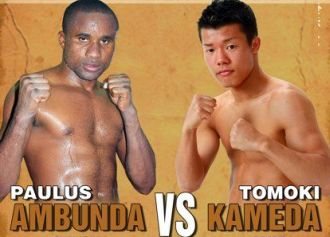 CEBU, Philippines — The WBO head office in Puerto Rico has named a panel of neutral officials for the title clash between bantamweight world champion Paulus Ambunda (20-0, 10 KOs) of Namibia and Japanese challenger Tomoki Kameda (27-0, 18 KOs) of Japan this Thursday (Aug 1) at the Waterfront Resort & Casino here in the City of Cebu, 1,000 Km south-east of the Philippine’s capital, Manila.

Ringside Judges are Thomas Miller of Ohio, Waleska Roldan of New York, and Carlos Colon of Puerto Rico. The referee is Mexican-American third man Raul Caiz Sr. of California and the WBO supervisor is Luis A. Perez of Puerto Rico. The WBO President Francisco Valcarcel, already in the Philippines, will be in attendance.

The Ambunda-Kameda fight billed as “BATTE OF THE UNDEFEATED” is a production of Cebuano promoter Rex “Wakee” Salud in association with Kameda Promotions and the Waterfront Hotel & Casino.