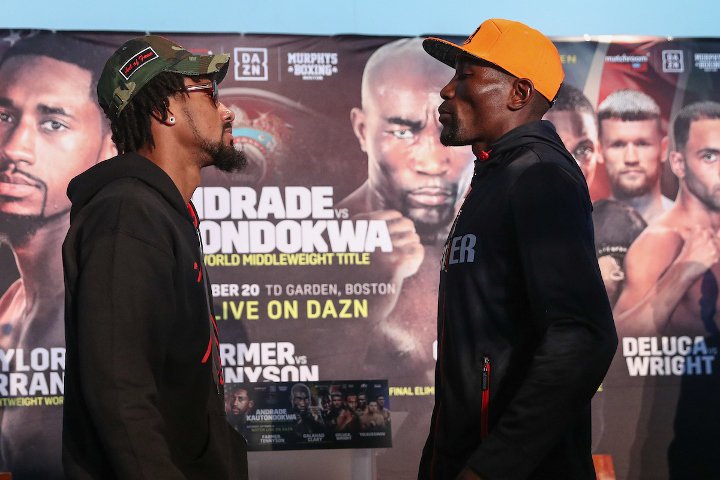 At Fenway Park on Thursday afternoon, the boxing world saw a preview of what will prove to be a fully stacked Oct. 20 Matchroom Boxing USA fight night at the TD Garden Arena with three title clashes on the main card, including headliner Demetrius Andrade against Walter Kautondokwa for the vacant WBO Middleweight Title.

In a press conference, Saturday night’s fighters gathered to discuss their preparation and predictions ahead of the big night – which will be broadcasted exclusively on DAZN.

“I’m confident in myself and my abilities and everything that this training camp and this training team has put me through to be prepared to fight whoever comes my way. When we get in there, we’ll make the proper adjustments that we need to get that belt.”

“I do appreciate Walter taking this last-minute. End of the day, I would have had to get into the ring with Walter. He’s here for a reason. He’s definitely not stopping this train though.”

“I know where the hunger is. I know what you need to prevail. Boston Red Sox, they’re doing a great job right now. The Patriots, Bruins, Celtics…now it’s Demetrius Andrade’s time.”

“I’m really happy to be here and thank god for the opportunity that I get to fight for the world title.”

On if he can win: “Saturday, I’m going to do what I always do. The world championship is going to Namibia.” 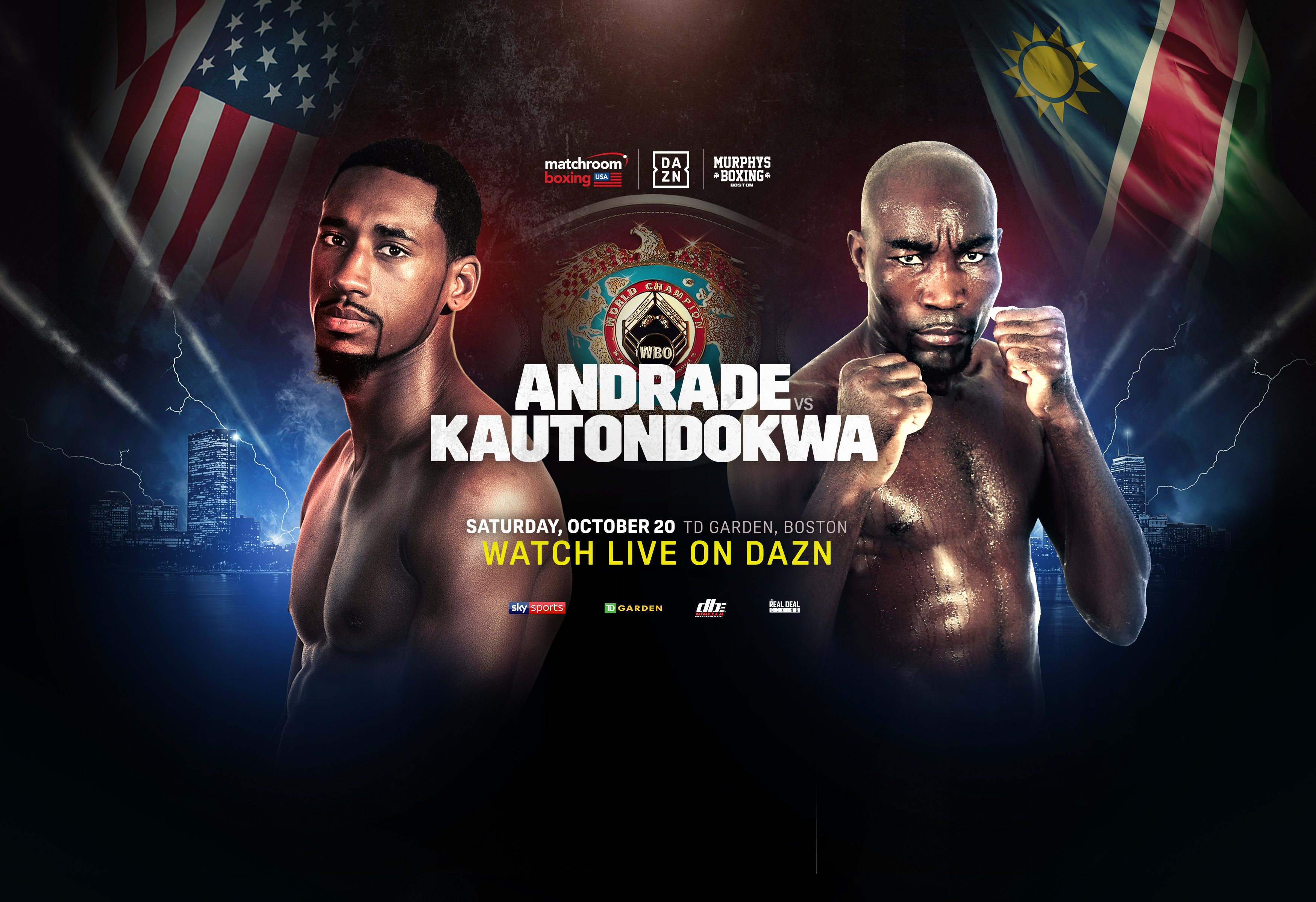 Walter Kautondokwa says he will shock the world and KO Demetrius Andrade when they clash at the TD Garden in Boston on October 20, live on DAZN.

Kautondokwa (17-0 16KOs) has replaced Billy Joe Saunders in the bout with the unbeaten former Super-Welterweight World ruler, and ‘The Executioner’ is full of belief that he can add to his formidable knockout record in Massachusetts having already been in camp.

The Namibian has only been the full distance once, on his September 2103 debut, and the 33 year old has blasted six foes away in the opening session and 14 of his opponents before the halfway point of their contests.

‘Boo Boo’ Andrade (25-0 16KOs) must reset his radar from training for the tricky southpaw Saunders to the big-hitting African, and Kautondokwa has inspiration close to home in his camp for his first World title fight.

Kautondokwa’s stable-mate Julius Indongo landed a World title clash at late notice and starched Eduard Troyanovsky inside a round in Russia to win the IBF Super-Lightweight crown to crash into the elite, going on to face Terence Crawford for all the titles at 140lbs – and #2-rated WBO Middleweight Kautondokwa believes he can make the same impact at 160lbs.

“This is a huge opportunity for me and one I will take with both hands,” said Kautondokwa. “I’ve been in the gym and I am 100 per cent ready to get to Boston and add Demetrius to my KO record.

“I’ve earned my spot as the number two challenger in the division and I fear no man – Demetrius is a great fighter, but I know that I can KO any 160lber in the world, and that includes Andrade.

“He’s been preparing for Billy Joe, who is a technical guy that doesn’t have power – I am going to be a nightmare for him next Saturday night and I am ready to become a major player in the Middleweight division.”

Tickets for October 20 are on sale now from www.TDGarden.com