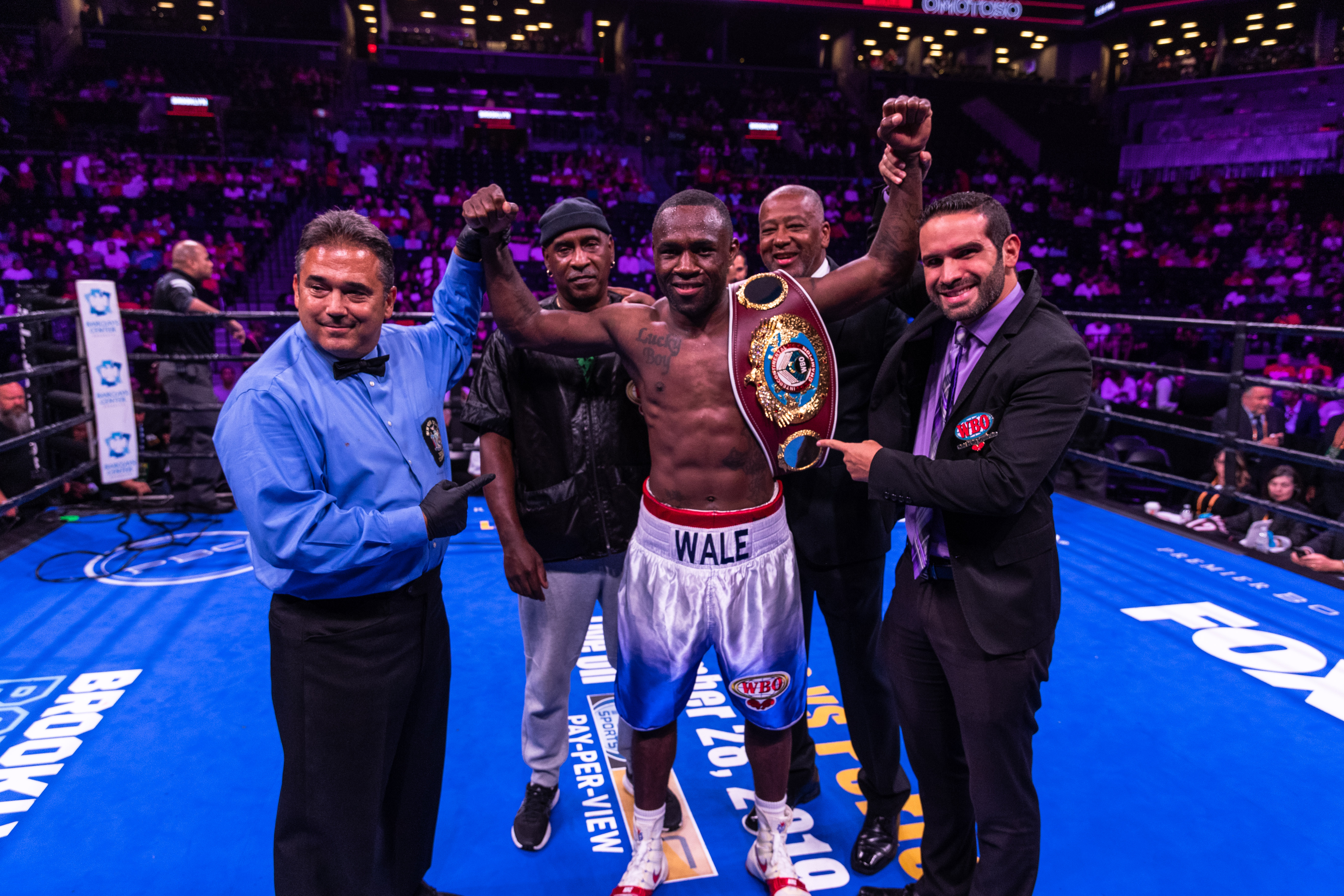 For Stevens it was his first fight at 154-pounds, and he was tested at the new weight from the outset. Omotoso began moving and jabbing around the ring as Stevens stalked him and tried to throw power punches to slow his movement. Late in the first round, Omotoso broke through with a right hand to the side of Stevens’ head that dropped him in the middle of the ring.

And that'll do it! After 3 knockdowns by Omotoso in 3 rounds, the ref refuses to let Stevens continue. #PBConFOX pic.twitter.com/uxdlz4fNCM

“My coach told me to keep my hands up, be patient, box him and jab,” said Omotoso. “He told me I shouldn’t push it and that when the opening was there, I’d take it. That’s exactly what happened.”

“He hit me with an overhand right in the first round that knocked my equilibrium,” said Stevens. “But that didn’t really affect me too much. I wasn’t stepping enough into my punches, I was reaching. I got caught when I was reaching.”

In round two Omotoso landed a perfect jab on Stevens, as his opponent was throwing a left hook, that sent him down for the second time in the fight. Stevens again made it through the round, and began the next frame trapping Omotoso in the corner and connecting on power punches.

“I was just letting my hands go,” said Omotoso. “On the second knockdown my confidence grew. I was glad to get the victory by knockout.”

While Stevens was able to own the early moments of the third round, Omotoso hit him with a three punch combo that featured left hook, left uppercut and then straight right hand that put Stevens down for the third time. Stevens got to his feet but referee Johnny Callas halted the bout at 1:28 of the third round.

“I was okay but the referee has to do his job,” said Stevens. “I was down three times so I know he was looking out for my best interests.”

“I didn’t expect it to go exactly like that,” said Omotoso. “I was just listening to my coach. The second knockdown was actually with my jab. I have to talk to my team about what’s next. I’m thankful for this opportunity. I’m so happy to have this win. Give me anybody next, I’m ready.”