Pianeta next for Wladimir Klitschko 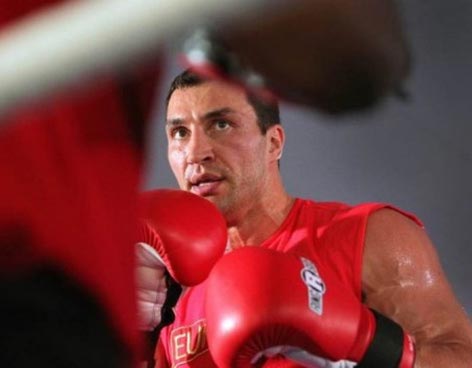 Klitschko (59-3, 50KO wins) is seeking to make his 14th successful world title defence against the German-based Italian southpaw in Mannheim on May 4.

The Ukrainian and elder brother Vitali hold all the major heavyweight honours and have ruled the division for the best part of the decade.

Few, if any, will give Pianeta much hope of handing the the 36-year-old his fourth professional defeat and his first since 2004, although Klitschko is taking the challenge against his former sparring partner seriously.

“I have a lot of respect for Francesco Pianeta. He is young, a southpaw and has an immense fighting spirit,” said Klitschko on his official website.

“He will do anything to reach his goal. I am warned and will prepare myself very intensively.”

Pianeta (28-0-1, 15KO wins) defeated ex-world champion Oliver McCall and former challenger Frans Botha – both of whom were well into their 40s – last year and has won eight fights in a row since recovering from cancer in 2010.

“As a sparring partner I was in Wladimir’s camp last year. I saw his weaknesses and will use them,” said the 28-year-old.

“I know many experts see me as the underdog but I like this role and will shock the boxing world when I knock out Klitschko.”