Bradley Saunders: I can adapt 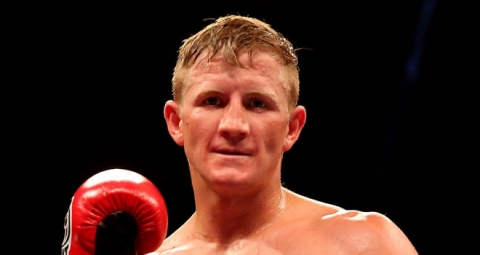 An Olympian, a winner of several national titles and a prospect with the talent to reach the pinnacle of the professional game is an introduction that could describe at least a few of the recent Team GB graduates. This weekend, it’s the turn of Sedgefield’s Bradley Saunders to attempt to win his first professional accolade – the WBO Inter-Continental light welterweight title.

The opponent, Finland’s Ville Piispanen (18-4-3), has the experience of six European title fights. Although he has lost four of those, he’s shown he can challenge at that level. The problem for Piispanen is that by all accounts, Saunders (9-0) seems destined to surpass that level.

Saunders has KO’d seven of his nine opponents so far. Talking to the affable County Durham man, he’s keen to impress that this isn’t because they were duds: “I am stopping them when no one else is stopping them.”

Saunders doesn’t appear to just want plaudits though, he seeks credibility. But has this driven the light-welter contender to seek knockouts?

“I can adapt,” he says. “If an opponent thinks they can box me, they are in for the shock of their lives. The amateurs was worse. Now I can take my time, it suits me down to the ground.”

Piispanen will be up against it in Newcastle, but Saunders doesn’t want anybody to argue that the Finn wasn’t up to scratch. As if to establish his opponent’s validity, the Sedgefield boxer remarks: “We both knew the date of the fight four weeks ago. He’s right for it.”

Beating Piispanen will also help with Saunders’ WBO ranking, and although he would like to become British champion along the way, Saunders says he’s “not going to waste time” focusing on the Lonsdale, rather the Olympian wants to be ”number one in the world’.

Saunders made the transition to the professional game later than most aged of 26. Two years down the line, he is settled and determined. The family has relocated to Marbella this year to join up with Macklin’s MGM Marbella Gym, and Saunders believes it “makes no sense” coming back to UK.

By his own admission, Saunders had been a ‘lad’s lad’ in the past, but in Marbella he enjoying the simple routine of family, training and food which resembles the Team GB set-up and suits him well. He says:

“There is no worry about anything, everything is done for me.”

If Saunders lives the lifestyle and stays focused, you wouldn’t bet against him achieving his main goal. Asked about a dream opponent for a world title fight in a couple years time, he replies with a typically business-like answer:

“Realistically, you want the weakest one, which is probably Lamont Peterson at the moment.”

Much like his ring performances, Saunders ends the call with a touch of class, thanking everybody at MGM Marbella Gym for having him.

Bradley Saunders fights Ville Piispanen for the WBO Inter-Continental light welterweight title on the undercard of Stuart Hall’s IBF bantamweight title defence against Paul Butler at the Metro Radio Arena, Newcastle Arena on Saturday. The card will be televised by BoxNation.