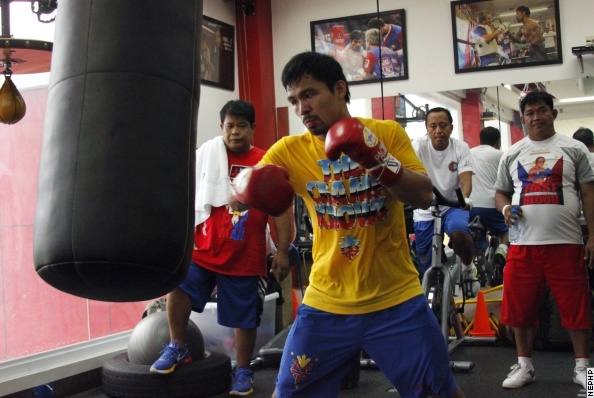 General Santos City, Philippines – WBO welterweight champion Manny Pacquiao is already training hard for his upcoming bout with undefeated challenger Chris Algieri, who holds the WBO’s championship at junior welterweight, which is scheduled for November 8th at the Venetian in Macau, China. Pacquiao has resurrected his career in wake of back to back defeats in 2012, and is now looking to get his third consecutive victory against the up and coming Algieri.