Result:   Terry Flanagan won the WBO Lightweight Championship Title by TKO in the second round.  Zepeda suffered a dislocated right shoulder and remained on his stool at the end of the 2nd round, referee McDonnell waved the bout off after speaking with Zepeda’s corner team. 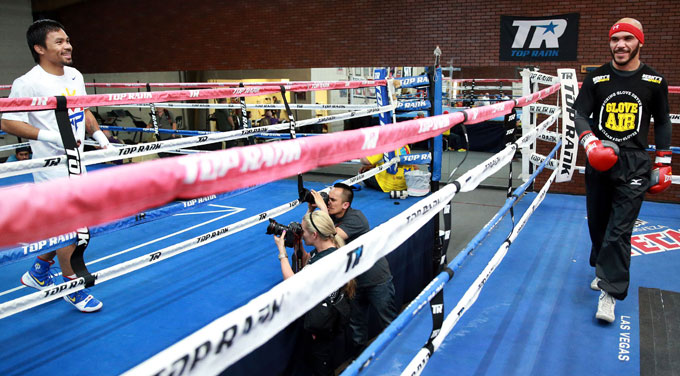 Ray Beltran from Los Mochis, Mexico winds down training camp as he prepares to take on Takahiro Ao from Chiba, Japan in the main event, a 12-round bout for the vacant WBO Lightweight World Championship , Friday, May 1st. truTV and Top Rank will partner to exclusively televise a live Friday night primetime boxing series beginning Friday, May 1, at 10 p.m. ET. The new boxing series, in association with Turner Sports and HBO Sports, will launch on the eve of the Floyd Mayweather vs. Manny Pacquiao pay-per-view fight with a card featuring two title bouts inside The Chelsea at The Cosmopolitan of Las Vegas.