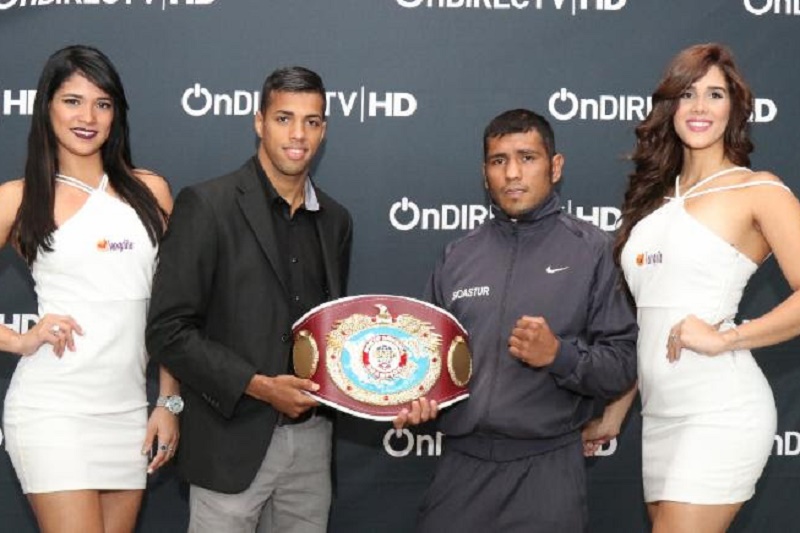 Juan Jose ‘Piquet’ Martinez (26-3 and 18), who belongs to Promociones Del Pueblo in Mexico fell last June in five rounds against Felix Verdejo in his only loss in the last eight fights, “ I am very happy with this opportunuty, I like tough challenges and Machado is a tough and strong opponent. I want to show everybody that my fight with Felix Verdejo was bad call, I am very motivated to fight for this belt and be part of the Puerto Rico vs. Mexico rivalry,” said ‘Piquet’ Martinez.

“This will be a very exciting fight, Machado has the power to stop the fight in any moment, but Piquet has the experience and the courage to fight any style,” said Hector Soto vicepresident of Miguel Cotto Promotions. “The fight with Piquet is very good for me,” said Machado of San Juan, Puerto Rico. #

“He is a strong fighter, who comes forward, typical Mexican fighter, and must be the type of rival that gives me experience and makes me fight many rounds I expect that.” “It is a very dangerous fight and I am preparing to go to decision,” added Machado, who learned that Piquet has stated that he was not in his best condition when he fought with Verdejo and will now prove his true level.

“Well, let’s see how it goes with Machado,” said Martinez himself, laughing.

The program will consist of 10 bouts and will have as the comain feature the undefeated super flyweight Jose ‘Chiquiro’ Martínez (18-0-1,11KO’s) who will clash with Miguel Robles (12-5-2, 5KO’s) . Martínez comes from a draw againts Alejandro Santiago in his last fight.

Also, the well-known prospect and former member of the National Team, Danielito Zorrilla (2-0, 2KO’s) will make his third fight as a professional. In other fights, undefeated welterweight prospect Derrieck Cuevas will be in action 10-round with an opponent to be confirmed. Featherweight Edgardo Laboy (12-0 and 7KO’s), from Ponce, will hit six rounds with Harold Reyes of Fajardo; also Juan Carlos Camacho (4-0, 2KO’s) will fight four rounds with Giovanni Rivera of Arecibo, and Carlos ‘Purin’ Caraballo (2-0,2KO’s) will also be in action. In addition, Joshuantony Ortiz (3-0 and two) will step up against tough bantamweight contender Luis Hernandez of Aguas Buenas and lightweight Christian Tapia (1-0) of Coamo will collide with Elio De Jesus In a four-round bout.

Undefeated super featherweight and rising star Alberto ‘Explosivo’ Machado renewed his promotional contract with Miguel Cotto Promotions, “I am very happy and very motivated, the company has done a great job with my career. We know that in this new stage will come many plans we will fulfill our dreams of becoming world champions, “said Machado. ‘Machado is a great fighter, very dedicated and disciplined. Everything he owns has been earned thanks to his effort and sacrifice. Now everything is on him, we will bring him the opportunities to showcase his talent, “said Miguel Cotto.