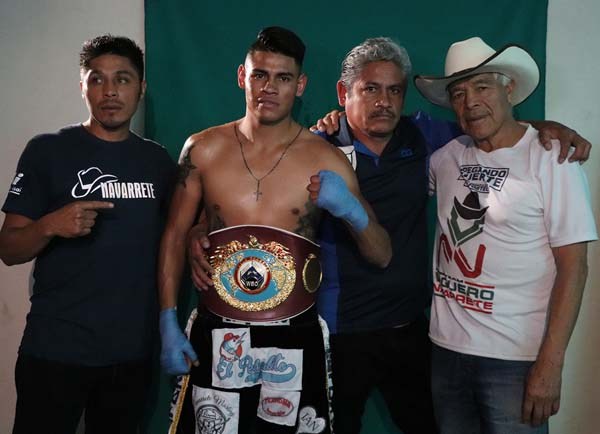 WBO Jr. Featherweight champion Emanuel “Vaquero” Navarrete (27-1, 23 KOs) is training hard in Tijuana for his August 17 world title defense against Francisco De Vaca (20-0, 6 KOs), to take place at the new Bank of California Stadium in Los Ángeles. Navarrete’s performance, endurance are impressive and his weight is even lower than expected ten days away from the official weigh-in.

“I feel very strong with a lot of lung capacity,” said Navarrete. “We’re willing to fight at full pace for 12 rounds. My opponent is a young fighter, undefeated, with a lot of hunger to win. He’ll be dangerous, but we’ll climb into the ring with full focus and preparation to keep the championship.”

👑 #AndStill the WBO Super Bantamweight Champion Of The World Is – EMANUEL NAVARRETE.

Navarrete wins by 12th round TKO after another dominant performance against Dogboe. #NavarreteDogboe2