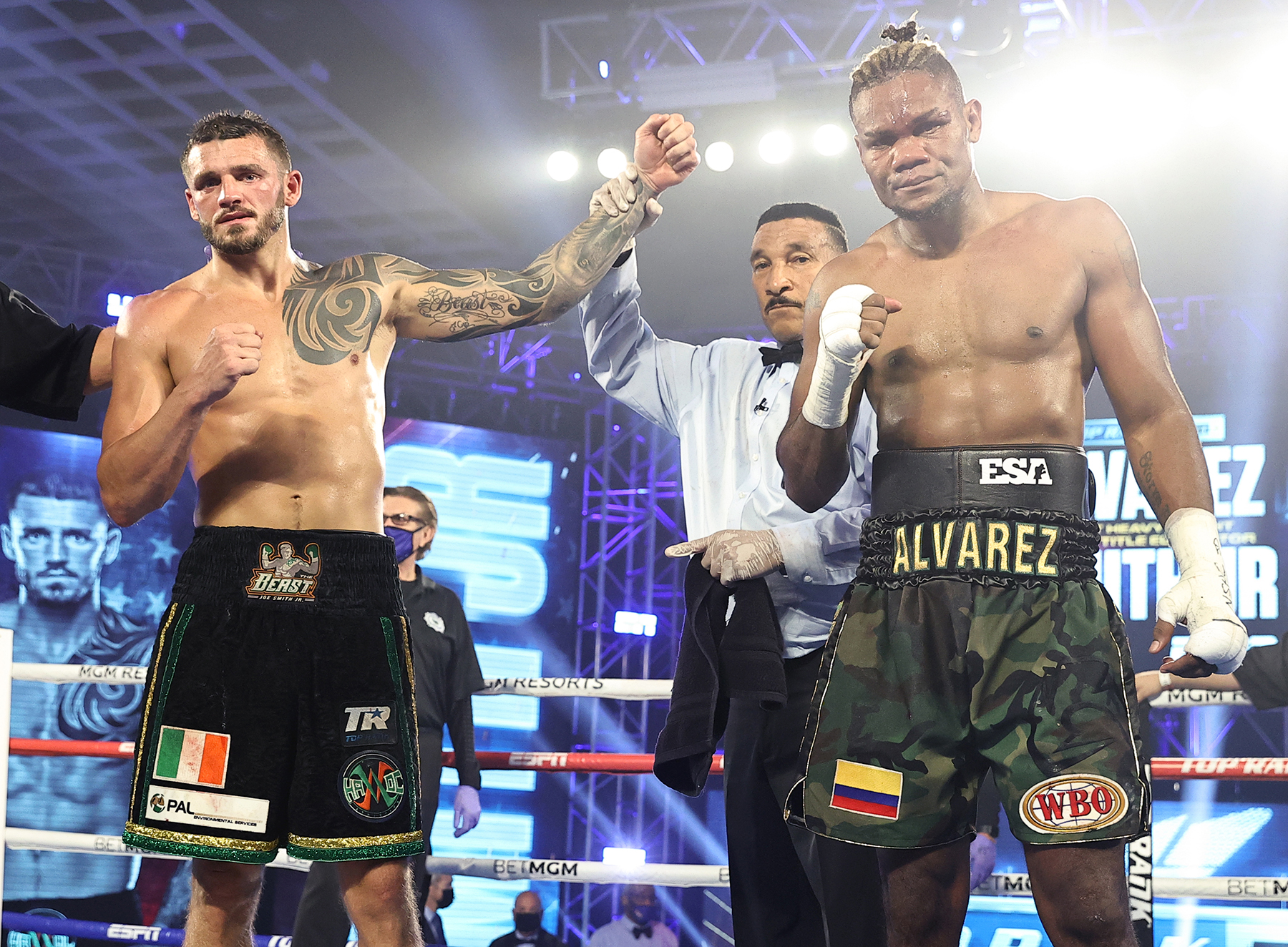 LAS VEGAS – Joe “The Beast” Smith Jr. once again lived up to his moniker. The Long Island native, nearly four years since he knocked Bernard Hopkins through the ropes, knocked out Eleider “Storm” Alvarez in the ninth round of a WBO light heavyweight world title eliminator.

A right-left combination sent Alvarez (25-2, 13 KOs) through the ropes, and he could not beat the count.

Smith said, “Coming into this camp, I knew I had to work on my boxing. I wanted to be sharp, throw a lot of straight punches. I watched his fight with {Sergey} Kovalev, and Kovalev kind of set the way to beat him. So we watched that and worked off of it. I knew coming in today I had to box a little more because he’s got that great right hand. He caught me with it a couple times, but I can take a punch, too. “Every time he hit me, I wanted to come and stop him in his tracks, and I did that. I stuck to my game plan, and it was a great fight.

“I feel this one is a big one. I really needed it. I wanted to prove I’m not just a knockout guy. I proved my boxing ability, too, and I showed that tonight.”