Garcia Will Take No Chances With Juan Carlos Burgos 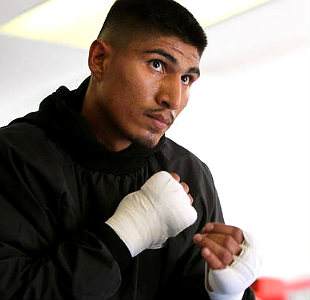 WBO super featherweight champion Mikey Garcia (33-0, 28KOs), and his trainer/brother Robert Garcia, are taking no chances with the challenge of top contender Juan Carlos Burgos (30-1-2, 20KOs). They are set to fight on January 25th at the Theater in New York’s Madison Square Garden.

Garcia will be making the first defense of his WBO crown after winning the title from Roman Martinez in November. Burgos had a controversial draw with Martinez in January and then came back to a surprising lackluster draw with Yakubu Amidu in July.

“I think Burgos is a great fighter, a true warrior, and he’s has shown that in the ring, demonstrating that against ‘Rocky’ Martinez. No one deserves this fight more than him.  He is also a fighter who’s had a long journey where for many he’s wanted to be a world champion. And certainly [fighting at] junior lightweight is more complicated and therefore we will prepare thoroughly without taking anything for granted,” Robert Garcia said.