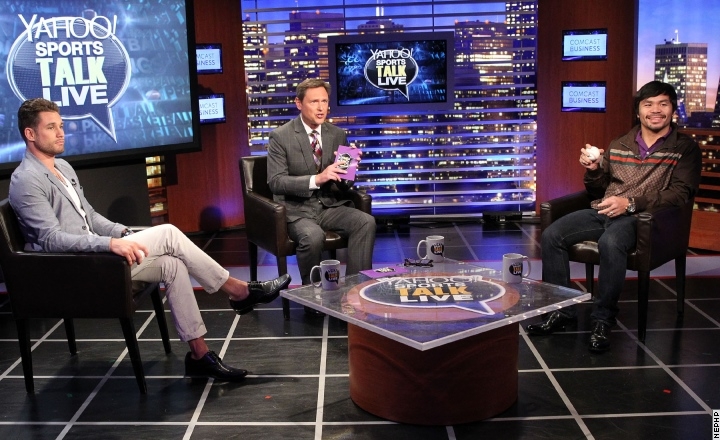 Pacquiao  and Algieri , along with their respective trainers Freddie Roach and Tim Lane, promoters Bob Arum, Joe DeGuardia and Artie Pelullo, and Ed Tracy, President and CEO of Sands China Ltd.,  are on a 27,273-Mile Media Tour, that began on Monday, August 25 at The Venetian Macao. The 12-day tour includes press conferences or public and private appearances scheduled for Macau, Shanghai, San Francisco, Las Vegas, Los Angeles and New York.

Promoted by Top Rank® and Sands China Ltd., in association with MP Promotions, Joe DeGuardia’s Star Boxing, Banner Promotions and Tecate, the Pacquiao vs. Algieri world welterweight championship event will take place Saturday, November 22, at the Cotai Arena in The Venetian Macao Resort in Macau, China. It will be produced and distributed live by HBO Pay-Per-View beginning at 9:00 p.m. ET / 6:00 p.m. PT. 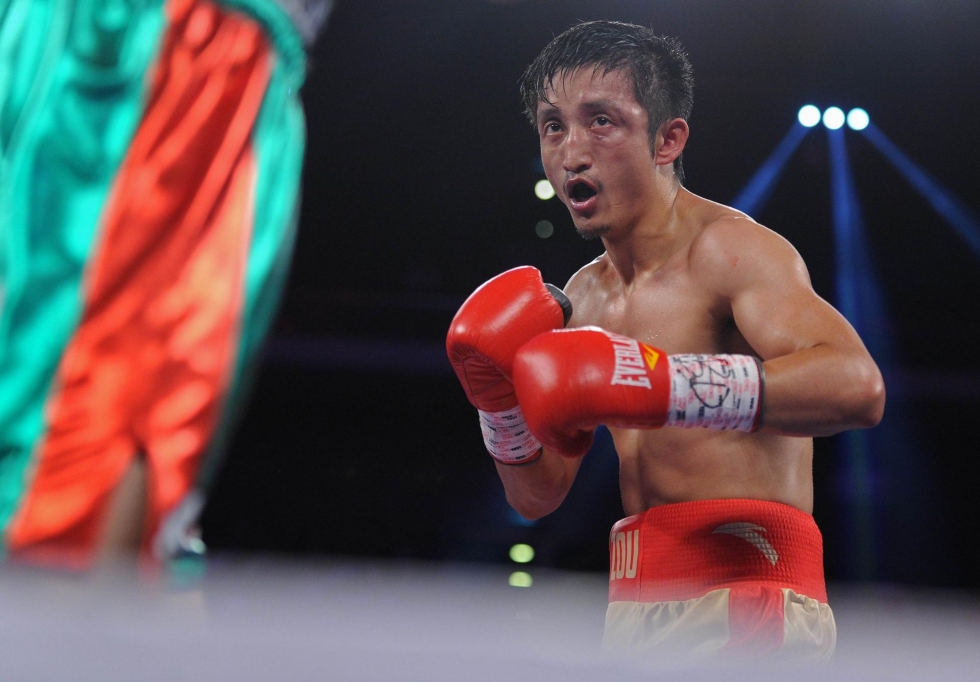 A phone call from representatives handling the career of two-time Olympic Gold medalist Zou Shiming to the Top Rank office led to what has become an ongoing tradition of promoting major fight cards in Macau. That marriage – not even yet two years old – is already on the verge of reaping major benefits.

Shiming has spent his entire young pro career fighting at The Venetian Macao, beginning with his pro debut last April.

“None of this would have been possible if we weren’t contacted by the people who represent Zou Shiming,” Hall of Fame promoter Bob Arum pointed out of the ongoing relationship between Top Rank and the casino resort often referred to as ‘Las Vegas on steroids.’

In that debut show, Shiming won a four-round decision over Eleazer Valenuela. The bout was billed as the headlining act given the soaring popularity of the most successful boxer in the history of China’s amateur boxing program, including Olympic Gold medals won in 2008 at home in Beijing and 2012 in London. The highlight of that show, however, was Juan Francisco Estrada scoring what at the time was a major upset over Brian Viloria to become a two-belt flyweight titlist.

If all goes well in their next bouts, their paths could cross in the ring.

Top Rank and Shiming return to the Venetian Macao on November 23 (November 22 in the United States), with a show headlined by a welterweight title fight between legendary Manny Pacquiao and unbeaten Chris Algieri. On the undercard, Shiming (5-0, 1KO) appears in his first scheduled 12-round bout as he faces unbeaten Thai boxer Kwanpichit OnesongchaiGym (27-0-2, 12KOs). Hall of Fame promoter Bob Arum confirmed during Monday’s press conference in Macau that the bout will serve as an official title eliminator.

The winner will go on to face the last man standing in the September 6 mouthwatering clash between Estrada and former lineal 108 lb. king Giovani Segura.

From a promotional standpoint, Arum is naturally rooting for his guy to win. Also, so that he no longer has to butcher then name of the unbeaten opponent who will stand across the ring from Shiming.

“Zou Shiming won three medals in three (Olympic) competitions, the second and third being Gold medals,” Arum reminded the assembled media during Monday’s press conference in Macau, the first stop of a 27,000-mile press tour that concludes September 4th in New York. “China had never been a hotbed for boxing, so the past few years have been an education. The past few years have been educational.

“A lot of that is attributable to following Zou Shiming and his winning Olympic medals. He will go into the ring on November 23, in a WBO title eliminator versus the Thai fighter (Kwanpichit OnesongchaiGym). Thank God he changed his name, he now goes by 13-Rien Express. The title eliminator will be fought over 12 rounds.”

Shiming has quickly advanced up the scale since his pro debut. His two ring appearances in 2014 came in fights scheduled for eight and ten rounds, respectively. Shiming only enjoyed one early night, though not by much as he stopped Yokthong KKP in the 7th round of their February flyweight bout.

His most recent ring appearance was his deepest to date, a 12-round decision over Luis de la Rosa this past July. It was the first time in Shiming’s career that Arum was unable to sit ringside, as the promoter was still recovering from knee surgery. The 33-year old flyweight hopes it’s the only time the two are separated, especially as he already begins to hit the prime years of his rapidly escalated career.

“Bob missed my last fight, so I hope all of my fights in the future are in the company of Bob Arum,” Shiming noted. “I’m grateful for all that Bob has done for me so that we can progress with each fight.”

Following the completion of the press tour, Shiming will travel to the Philippines, joining his head trainer Freddie Roach and Pacquiao in training camp. The preparation is truly a team effort, one that even has the Filipino legend rooting for his stable mate to the world title stage despite his own difficult assignment lying ahead.

“Zou Shiming is going to train with me in the Philippines,” Pacquaio confirmed to the media during Monday’s presser. The comment was accompanied by a big grin, as Pacquiao turned to Shiming while holding two fingers in the air. “Two more fights to become a world champion.”