Mike Alvarado: Retiring a Legend is Going To Be Huge! 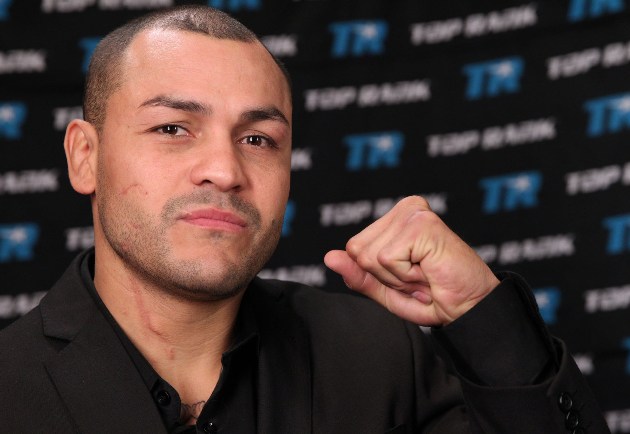 The pair meet this Saturday night, live and exclusive on BoxNation, with Denver’s Alvarado looking to impress following his punishing ten-round stoppage to WBO light-welterweight world champion Ruslan Provodnikov in his previous outing.

The brutal defeat last October came following an impressive string of wins for the exciting Alvarado who had battled his way past a host of top names including Brandon Rios, Mauricio Herrera and Breidis Prescott.

Now, however, the 33-year-old is out to end the glittering career of four-division world champion Marquez as he aims to get back to winning ways.

“Retiring a legend is going to be huge,” said Alvarado. “I respect Marquez and his great career but now is my time. This is one of those opportunities that you cannot miss and I will give everything in the ring to get the win. It’ll be a great fight and I have to fight without any mistakes to beat Marquez.

Alvarado believes he has grown and matured since the Provodnikov bout, with the pressure of a high-profile comeback against Marquez something he will thrive on.

“When Top Rank called and offered a fight with Marquez I started jumping around – I was so excited because I have the opportunity to get into the ring and retire a Mexican legend.

“I’m great under pressure and I’m going to fight like the ‘Old Mike’ and use my power and my will to beat Marquez. I made a mistake of looking past Ruslan Provodnikov. He jumped on me and got me in a bad situation. He had such an awkward style,” said Alvarado.

“The difference against Marquez will be my power. I am going to train super hard for my biggest fight. I am very excited,” he said.

Pound-for-pound ace Manny Pacquiao impressed in his victory against Tim Bradley last month, with Alvarado aware a win over Marquez will set up some even bigger showdowns in the near future.

The 40-year-old Marquez has seen it all during his star-studded career, having shared the ring with boxing’s best Floyd Mayweather, plus an enthralling four bouts with Pacquiao.

Fighting at The Forum in Inglewood, California, where Marquez established his career, the renowned Mexican counter-puncher is sure that fireworks will be produced when the two all-action fighters go head-to-head this Saturday.

“Alvarado is a very strong fighter who always gets in the ring in great condition and never gives you a break in the ring,” said Marquez. “I need to prepare very well, Alvarado is a great challenge. I am very happy to fight in the place where I started my career.

“Alvarado likes to fight and I like to fight, and the people want to see a great fight and this will be great fight. I like these kinds of challenges. Alvarado is a tremendous fighter but I’ve trained very hard for this fight and feel like I’m just 23 years old, like when I started my career at The Forum,” he said. 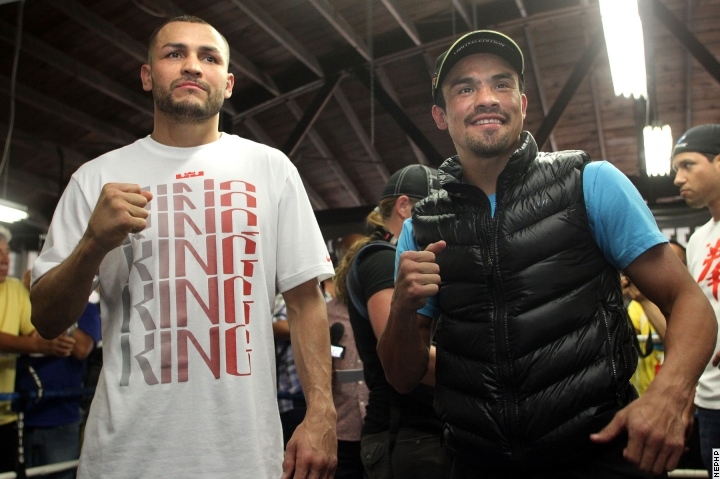 Los Angeles, Ca.  — (L-R)  Former Jr. Welterweight champion Mike Alvarado of Denver,Co. and four-division world champion Juan Manuel Marquez of Mexico pose during media day in Los Angeles    for their upcoming 12-round welterweight battle.   Promoted by Top Rank® in association with Zanfer Promotions, Márquez Boxing and Tecate, Márquez and Alvarado will collide at The Forum in Inglewood,Ca. on Saturday, May 17 and will be televised live on HBO®. 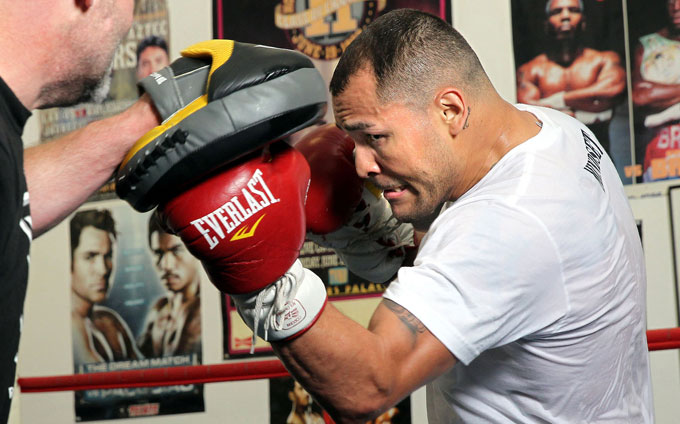 Promoted by Top Rank in association with Zanfer Promotions, Márquez Boxing and Tecate, Márquez and Alvarado will collide at The Forum in Inglewood, Ca. on Saturday, May 17 and will be televised live on HBO®.