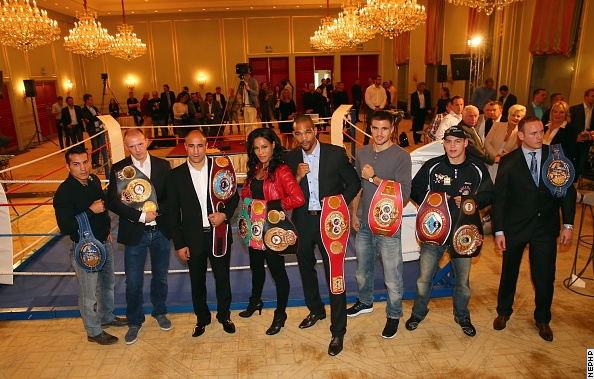 Team Sauerland are on the move from German TV broadcaster ARD to Sat.1, a privately-owned German TV station that started life in 1984 and is also available on the HD platform.  They will broadcast up to eight shows a year, with the option of a couple of pay-per-view events, and are allowed to take the Sauerland shows to other countries.

Indeed, Sauerland recently promoted the George Groves-Christopher Rebrasse EBU Super middleweight title fight here in the U.K., which was shown on Sky TV thanks to the input of Eddie Hearn and Matchroom, and they stated that it will be the first of a few foreign soil showcases.

Sauerland have a growing British contingent, EBU title-holder Groves and former British and Commonwealth heavyweight champion David Price signed with them this year, as well as the likes of Mikkel Kessler and Arthur Abraham, the WBO super middleweight titlist, but they could be without the services of WBO cruiserweight king Marco Huck, who recently declared a desire to part company with Nisse and Kalle Sauerland’s company in order to seek a fight with Wladimir Klitschko.

They join German legend Felix Sturm on the channel. He faces Robert Stieglitz at a catchweight of 166.45lbs on November 8, with the winner set to meet Abraham, who defended his title again Paul Smith last month.  With Sauerland now on board, Sat.1 will aim to become a bigger player on the German boxing scene.  Former heavyweight title contender Axel Schluz will be part of their fight night broadcast team to provide heavyweight analysis.